Even before the expiry for the exclusive right (end of February) and without extending the negotiations any further, the fund York and Banco Bpm has found a definitive agreement for the transfer of credits (over 220 million) of the bank guided by Giuseppe Castagna inherited by the old entity Banco Popolare Spa, which was partner of the real estate developer Danilo Coppola bankrupted with a 400 million debt. Tomorrow the bank will officially disclose the agreement with the fund which has obtained the credits of Colombo Costruzioni (26 million). Despite the bank has been put at the bottom of the list of the creditors for unsecured credits due to a decision of the Court of Milan (Banco Bpm appealed such a decision), the agreement implies that Banco will receive up to 70% of its credits towards Porta Vittoria, thus approximately 150 million, without being involved in potential future litigations. At this stage, York has only left to find an agreement with Ipi of the Segre family (once owned by Coppola himself) that has an exposure with the bankrupted real estate company for a value of about one hundred million. 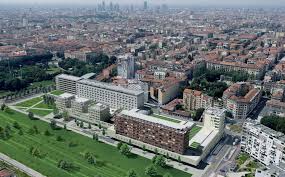 Once the operation with Banco Bpm will be formally defined (a refund of their unsecured credits will be granted also to the other creditors), it’s likely that Banco Bpm will withdraw its petition against the decision of the judge Simonetti.

In this way, it will be possible to start the real estate development phase concerning a surface of 142 thousand Sq m. It will be used to build new residential and commercial properties in the centre of Milan. Concerning the residential part, the works are already completed. Hence, York will focus on the development of the remaining area which should see the construction of a hotel (at this purpose, a first proposal has been made to the Spanish hotel chain Nh Hotels), a sports centre and an area dedicated to shopping. The investments will amount to other 60 million altogether, including the investments to complete the construction site, expenses and charges. It’s not to be excluded that in the future the fund that has taken over the credits of Porta Vittoria will find new partners, but nothing certain so far. We must say though that this implementation phase will require several months for its completion. Finally, we must remind that the fund Algebris of Davide Serra submitted at the begging of the year a proposal of agreement with creditors to the Court of Milan. Considering this agreement between York and Banco Bpm, such an option seems to be no longer applicable.

Cromwell Property Group acquired an office building in Milan entirely leased to Pirelli Tyre for a surface of 22,700 Sq m