The third edition of the South Forum organised by Cdp e Scenari Immobiliari in Naples last week focused on the transformation of cities and on the identification of areas on the national territory where to invest. The new driver for global growth is indeed the development of cities which have a great potential in Italy. 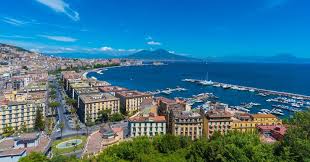 Scenari Immobiliari president Mario Breglia said that “Naples is an economic centre which is burdened by urban and cultural restrictions, yet it still manages to be the first market in Southern Italy and the third at national level. If we also consider the external areas, there are about thirty areas to develop, starting from Bagnoli (whose requalification has never started), for total investments worth three billion euro for the next ten years”. Scenari Immobiliari has been studying these projects throughout the years, although they have never started.

Such projects should be launched to recover some areas and should be integrated with the infrastructure. This latter is a theme that concerns the whole southern Italy, as the region is badly-linked to the rest of the country. On the contrary, Naples has a fast-growing airport and a bustling cruise terminal. Do tourists find adequate services once arrived in the city? Most likely not.

The sentiment is different for what concerns the residential market. According to the data by Scenari Immobiliari, property transactions in Naples had better resisted the real estate crisis than the rest of the region and the nation. This particular trend started in 2010 when the city showed greater resilience to the contraction of property transactions registered on a yearly basis starting from the beginning of the economic recession. On the other hand, the crisis hit the areas around the city rather hard. Between 2004 and 2013, in Campania and southern Italy, property sales were halved and have managed to recover only by 15% so far. “Today, the average selling prices in Naples are slightly above the values recorded in 2000, while prices have decreased by 20% in Campania and southern Italy”.

In the city, 7,780 transactions were concluded in 2017 (33,900 deals in Campania), while in 2018 sales have increased along with the turnover, which is meant to reach 990 million euro by the end of the year. The absorption rate of the residential market has shown some signs of growth, having gone from 76% to 81.1% in the last year.

Finally, the former area of the tobacco factory (Manifattura Tabacchi) is currently under development by Cdp. It occupies a volume of 600 thousand cubic metres (approximately 130 thousand Sq m), and it will be recovered for residential use (50%), retail spaces and parks. Marco Sangiorgio, Cdp Sgr general director, stresses that “the relaunch of the south depends on big urban renewal projects”.

Vallecrosia, Fassi will be torn down: in its place a shopping centre and new houses

16 October, Riviera 24 The project includes also an area for events The Fassi area will be demolished and reconstructed....