In 2018 over one million and a half of foreigners were looking for a home in Italy, 8.4 more than the previous year. The figures come from Gate-away.com, the portal specialising in selling properties to international buyers available in ten languages and managing about 30 thousand houses. 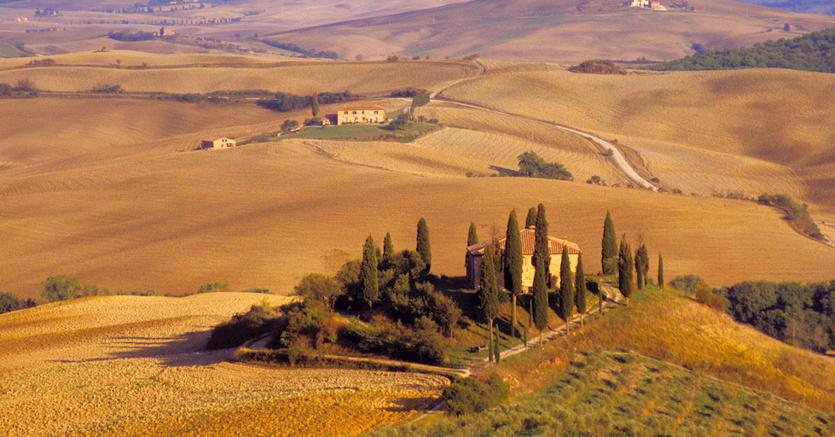 Tuscany confirms being the favourite region. Puglia is second after having surpassed Lombardy, which places third. They’re followed by Liguria and Abruzzo, which leapt to the 5th position (it was 7th) registering a 28% increase of the preferences. There are then Sardinia, Sicily, Piedmont and Umbria and, surprisingly, Calabria with a 45.2% growth, appearing in the top ten for the first time.

The average buyer has an age comprised between 55 and 64 years, has high education, and generally looks for independent and turn-key properties.

The searches come from 150 countries. 2018 saw the consistent increase of searches from the United States (+30.5%), which ranked first, and from the United Kingdom, reporting an 18.3% growth, placing second in the chart. Germany has slipped to the third position, followed by France, the Netherlands, Belgium, Sweden, Switzerland, and Canada.

Simone Rossi, Gate-away.com general manager, comments: “It’s likely that the “Trump effect” and Brexit might have contributed to the growth in the hits from the US and the UK. Investors are influenced by political uncertainty, especially when it comes to buying a house. The data included in our report confirm that Italy represents for Americans and British a suitable country to invest in and to move to. I want to remind, however, that the current political uncertainty of our country might become a problem. Well, I can say it already happened”.

After the political election, searches decreased by 7.8%, while they were growing at the beginning of the year. “Only in June, after the denial of a possible exit from the Eurozone, the trend continued its growth”.

Rossi continues: “At the Property Portal Watch conference di Madrid, we gave a strong message. We need to focus on advanced technology in order to offer houses in Italy on the global market at its best. Unfortunately, international users checking Italian websites have some issues, as they’re used to higher standards. Real estate advertisements abroad not only provide pictures and descriptions of the property, but they also offer data of demographic and social nature, information about the services available in the area and about the criminality rate. All these data are required by people looking to buy a house We at Gate-away.com are focusing on artificial intelligence in order to offer innovative services”.

11 November, Brescia oggi It’s a great moment for house rentals, while residential transactions are struggling. This is the situation...