Entire residential complexes, luxury villas, penthouses in the city centre. But also one-bedroom apartments, small houses and regular apartments. Any type of property has been hit by the recession in the past few years. In the province of Milan, 8,989 auctions were published in 2017 for a value of over 1.5 billion euro. If we consider also the properties put for auction in the last two years, the total properties amount to 28 thousand. In most cases, these properties are held by banks. 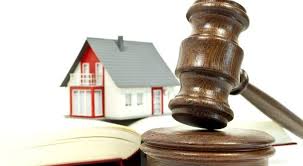 The highest value gone for auction in Milan has been 152 thousand million for a residential building in Porta Vittoria, known for the bankruptcy of the developer Danilo Coppola. The auction took place on 29th November 2017 and got inquorate. Algebris (the British fund headquartered in Milan) made a proposal to acquire the property. The 17th-century palace Villa San Carlo Borromeo in Senago has also been put for sale with its 9 park hectares and the five outbuildings. The total price is 14.8 million. The villa currently hosts banquets and luxury hotels rooms, and this is an ongoing business.

In the city centre, 2,154 apartments in total have been put for sale, for an average of 186 thousand euro per apartment, higher than the average in the province which is set at 123 thousand euro. In Via Tolmezzo, there is a building belonging the Church of San Carlo alle Rotelle, put for judicial auction for an appraisal value of about 860 thousand euro. In Via Pegaso, a Liberty-style villa is on sale, it has four storeys and an external space. In Piazza Amendola, a three-storey villa with a 430 Sq m garden, something hard to find on the market, has been put for sale for little less than 2 million euro. There is also the apartment in Via Larga 11 for a surface of 220 Sq m, on auction for 1 million euro, as well as the 3,602 Sq m penthouse in Sant’Andrea for 4 million euro, the 29th and 30th floor of the skyscraper in Via Vittor Pisani with a garden on the rooftop, gone for auction for 2.6 million euro.

Bankruptcies are not destined to reduce any time soon, on the contrary. As Gabriele Mazzetta and Mirko Frigerio from NPLs Resolution from the Gabetti group explain: “Considering the times for the procedures, last year properties foreclosed in 2011 were auctioned. The number of auctioned properties will increase in the next years if we don’t find an alternative solution”. The matter is the non-performing loans, namely those loans banks are unable to have back. As a result, the properties are put for action, implying long times and the personal tragedy of the people that used to live in that house.

What’s the solution then? “Trying to put such properties on the market – they say -, avoiding auctions which are an issue for everybody: for banks that will not collect their loan, for the people who will lose their home and will continue being burdened by debt. In addition, courts have very lengthy and complex procedures. There are potential buyers for these houses. But it takes an expert to take care of it”.

Siemens investing in the Adriano area in Milan