Luxury interiors, wide spaces and the green of Brianza. This is how you imagine it, looking at the project and thinking about who might afford a house like that. The sure thing is that this is a 10 million euro business. Silvio Berlusconi has decided to invest in Merate, in the area of Cascina Verdù. Together with the architect Ivo Redaelli, he has the started the company Brianza Due that will soon complete the 12 villas left unfinished in Via Allende, whose constructions site has been stuck since the bankruptcy of the construction company. 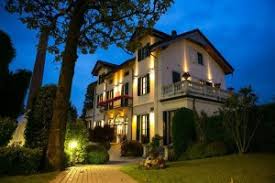 The Swiss architect Mario Botta has designed the villas, planning a residential complex of 24 luxury houses. Twelve have been already sold, the other twelve are to be finished. The ex-prime minister showed interest in the houses already in February: a quick round of Piazza Prinetti and then the inspection of the area to visit the construction site. Now, the operation seems to have been launched: the society whose majority is owned by Berlusconi aims at completing the houses, of 400 Sq m each, and put them for sale within a year. The first two, one built in classical style and the other in modern style, will be ready in six months. The prices for these actual vertical lofts are likely to be over one million euro. “We’re very happy, the sight of those bare structures in such a beautiful place was so sad. We’re sure that Berlusconi will be able to operate also in respect of the environment”, explains the Mayor of Merate, Andrea Massironi.

In the meanwhile, it looks like Berlusconi has based himself in Brianza, in the area around Lecco. Among the recent purchases, there is Villa Giambelli in Rogoredo di Castelnovo, a few kilometres from Arcore. The house has seven bedrooms, eight bathrooms, a 15,000 Sq m English garden, and it has been completely renovated in two years of works, becoming his refuge.

05 November, Il Sole 24 Ore The fourth phase for the sale of the assets once the property of Amt...