Inps is about to launch a call for bids for those properties needing to be requalified and sold. The 2017 business plan of the social security institute led by Tito Boeri includes, in fact, consists of the sale of all the leased properties. It means 28,500 properties, 60% located in the centre of the country, especially in Lazio and Tuscany. The assets include 10,800 houses, about 1,000 plots of land and nearly 6,00 offices and commercial properties. Houses represent 52% of the assets. As Boeri reminded on 4th July during the presentation of the annual report, the disposal plan to raise capitals is one of the pillars of the strategy. 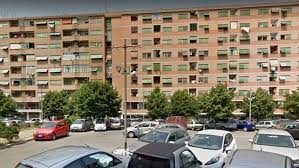 The call for bids concerns the administration of the properties, the maintenance services and generally the valorisation of the assets through the transfer to property funds or direct sale and requalification. The alternative is putting the properties for auction. For this purpose, Inps entered an agreement with the National Board of Notaries on March. The collaboration has a duration of three years, and it will make possible to hold online auctions through Ran, the notary auction network, in order to let as many people as possible to participate.

The Government estimates earnings for 600 million from the sale of the properties for this year, as a memo of the Treasury reads. In the first half of the year, the Invimit funds, namely the asset manager owned by the Treasury, have received assets for over one billion euro. The fund had then issued notes which will be put on the market to contribute paying the public debt. More in detail, the capitals of the Invimit fund i3-Inps amount to 284 million euro.

Meanwhile, the proposal of the Northern League parliament member Elena Murelli to reform the governance of Inps and Inail might be soon discussed in the Parliament. The objective is to make the two authorities more efficient. However, the Northern League and Boeri are not on good terms. The Bocconi professor has always supported immigration, considering it an essential part of the national pension system.  Besides, the Five Star Movement attacked the economist who criticised the new calculation system of the retirement age and its impact on the economy.

The proposal reminds of the past attempts of reform by the Democratic Party. At the time, the proposal fell through, and neither the attempt to introduce it in Budget Law was successful. The objective is to move from a monocratic management by one president to a board of directors system.

15 May, Trend Online Banca Ifis announced to have signed the agreement for the acquisition of FBS S.p.A., the company...