Who lives near the Bocconi university must be attending the Economics courses. This is what one might think when reading the data on the Milan property market for 2017 disclosed yesterday by the Revenue Agency. Last year, in fact, the Crema-Tabacchi-Sarfatti area registered the highest increase in prices on average. The phenomenon, which was already reported by several real estate agencies, is now official since the figures are taken from the notary deeds. The increase has been equal to 4.1%. The demand is driven not only by who is moving to the area but also by who is looking for a house to rent to students. Via Solari comes second, with a 3.7% increase, with buyers betting on a revaluation once the M4 metro line will come. After all, it’s not by chance that last year sales grew considerably in other two areas covered by the blue metro line: San Vittore-Sant’Ambrogio and Argonne-Corsica. 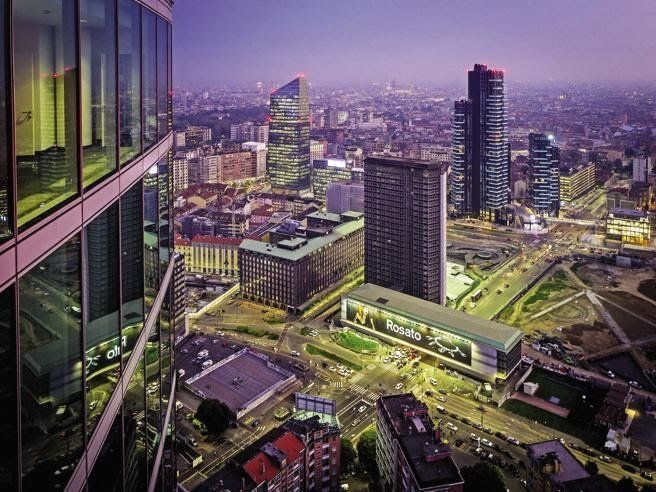 It’s not surprising that Porta Nuova registered the highest prices, with 52 apartments sold last year, 20 less than 2016, at an average price of 11,125 euro/Sq m. Such amount is significantly higher than the price in Citylife, where 19 apartments were sold at an average of 9,450 euro/Sq m. Obviously, rates are higher for new houses: in the prime locations in the old town, the average price is around 9,250 euro (San Babila and Quadrilatero), while high-range properties can cost up to 15 thousand euro. The northern suburbs of the city is the area that registered the biggest number of sales, such as the area between Musocco and Expo. This result is likely due to the success of the Cascina Merlata project.

The figures from the Revenue Agency also provide some interesting data. For instance, Milan is where the smallest houses are sold, less than 84 Sq m on average. Prices dictate this choice. To make a comparison, the houses in the hinterland are 12 Sq m bigger, basically the size of a room. The same house in Milan costs 315,700 euro, in the province 164 thousand. In Italy, two buyers every three applied for a mortgage, in Milan one every two. On the other hand, loans are higher: over 190 thousand euro against the 126 thousand on average in the rest of the country.

Last year, 23,707 properties were sold in Milan, increasing by 8.1% on a yearly basis. The record level registered in 2006 is not that far, and the outlook for 2018 is good, depending on the economic situation. In the first quarter, sales in the city grew by 0.9%. The total revenue generated by the sale of properties was in 2017 8,425 million euro, equal to 9.4% of the total in Italy. The houses in Milan city centre, however, were only 2.3% of the total.

Blackstone gets stronger on outlets

27 October, Il Sole 24 Ore The American giant with Land of Fashion holds a portfolio of 600 shops worth...