Arexpo is currently working on two large-scale requalification projects in Milan. In the former area that hosted the Expo, it will be implemented the Human Technopole. The project had been awarded to LendLease, with a total investment of 2 billion, plus other 2 billion of State funding. The plan will include a district specialised in scientific research (Mind), plus the university campuses of Università Statale (380 million), the Galeazzi Hospital (300 million), along with several pharmaceutical and research companies. 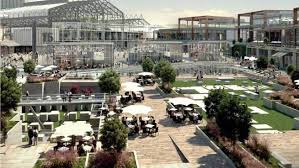 The second project is MilanoSesto, consisting in the requalification of the former Falck steelworks. Intesa Sanpaolo is one of the investors, with an investment of 600 million. Unlike Human Technopole, MilanoSesto will mainly have a residential vocation. The 1.4 million Sq m area will be occupied for 30% by private properties and for 70% by public facilities, including the healthcare district named Città della Salute and various departments of Università Statale and Bicocca.