Anything goes when it comes to replenishing the finances of the Metropolitan City of Milan. Last Wednesday, the Mayor Giuseppe Sala decided to start the procedure for the sale of the Spazio Oberdan in Via Vittorio Veneto (in Porta Venezia) with the Cariplo Foundation. The transaction is valued 8 million and 500 thousand euro. To be precise, the operation isn’t concluded yet. The operation is aimed at a call for bids for the sale of the property. In the case the auction is inquorate, the Municipality will proceed to finalise the transfer. 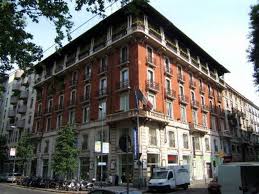 The project has been under discussion for a long time, but now an actual offer has arrived, and the Metropolitan City is intending to accept it. It’s true that the actual value of the property is higher, according to the Revenue Agency the place is valued 9 million and 334 thousand euro, but with such a significant amount, this is just a tiny difference, especially when the city finances need some cash. Hence, the Metropolitan City of Milan “has acknowledged the binding offer from the Cariplo Foundation dated 20th December 2917” and it starts thinking about the future. But without forgetting the past: the cultural activities that used to take place in Spazio Oberdan will be granted with a “four-year extension at the same conditions”. Exhibitions, concerts, movie screenings (till the end of 2019) organized by the Italian Film Foundation. At the of the day, nothing will change.

Spazio Oberdan is a publicly owned facility built in the 70es, none of the architects is still alive to claim its property. In the meanwhile, the Metropolitan City claims that the space “is part of a bigger residential complex built at the beginning of the previous century and renovated at the end of the 90es by the architect Gae Aulenti to serve as a space for cultural events”. Now it will be sold, and it will go to Cariplo, which wants to implement “an important project around the theme of digital culture, capable of reaching a wide audience and at the same time to be included among the international cultural centres”.

Student housing in Milan covers one-sixth of the demand

31 December, Re Quadro Students in Milan are 15.4% of the total demand represented by over 80 thousand commuting students....