Coima Sgr purchased from the fund Olimpia Investment managed by Savills Im Sgr the Valtellina area, a strategic region in the old Farini train station and close to Porta Nuova. The area is included in the requalification project of seven disused train stations promoted by the City of Milan and the Italian Railways. 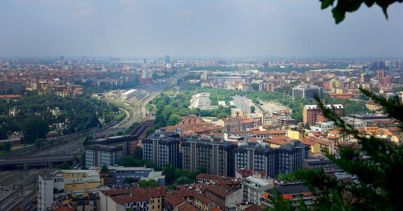 The transaction was carried out through the new dedicate fund Coima Mistral, as disclosed by the company. The area has a surface of 60 thousand Sq m, and it’s beside Via Valtellina, close to the metro line and the Porta Garibaldi train station. The Land Registry Office is the only tenant with a lease contract till December 2022 along with spaces occupied by the Finance Police and the Customs Authority.

As the memo reads, “The regeneration of Farini is the natural continuation of the Porta Nuova project which was co-developed and now managed by Coima. In the last five years, 18% of the office rentals in Milan has concentrated in this area”.

The City of Milan, the Region of Lombardy, the Italian railways and Savills approved on 3rd August 2017 the Program Agreement which includes the guidelines for the urban redevelopment of Farini, implying the creation of green areas for a large part of the surface and 37,900 Sq m dedicated to co-living and student housing.

“Coima will continue its collaboration with the City of Milan and the Italian railways concerning the administrative process and the international tender to select the architecture firm that will implement the master plan concerning the guidelines for the Farini station (407,000 Sq m)”.

Coima Sgr was assisted in the operation by the firm Chiomenti for the legal part, Maisto for the tax part and Inzaghi Belvedere & Partners concerning the urban planning laws.

“The Valtellina-Farini train station is a strategic area that might become the pilot project for a new cultural, urban, architectonic, and methodologic paradigm for an innovative way of doing urban planning – commented Manfredi Catella, Coima Sgr founder and Ceo–. Such a project will contribute making of Milan a lab for innovation and social integration, promoting best practices in the other Italian cities and abroad”.

To commit even further to the sustainable development of the territory, Coima constituted a Sustainable Innovation Committee, a multidisciplinary task force working on the themes of sustainability, digitalisation, technology, management and smart construction. The team will also work on the Valtellina-Farini project to research on product innovation, the application of technologies in regards to the future needs of the tenants, as well as environmental and social sustainability.

Prices skyrocketed for prime properties in Via Montenapoleone in Milan: 15 thousand euro/Sq m

26 September, La Repubblica The areas in Milan reporting the highest increase in the demand are Brera, the area between...