The Board of Directors of Banca Intermobiliare (Bim) approved the sale of properties directly and indirectly owned to the investment fund Perseus, managed by Kryalos and entirely subscribed by Attestor Value Master Fund LP, connected to its majority shareholder Trinity Investments. The bank and Symphonia sgr accepted the purchase proposal of Kryalos on behalf of the fund for a total price of 52.9 million euro. As the memo reads, “the prices offered by Kryalos is aligned with the appraised value of the assets assessed by the independent appraiser Colliers”. 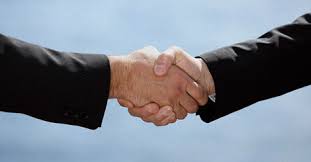 With the price offered by Kryalos, together with 30.95 million already paid for the transfer of net assets by the majority shareholder to Bim and Symphonia last August, as well as the repayment of the credit of Bim towards Bim Immobiliare and Paomar Terza for about 49.5 million, “the bank will achieve a total liquidity from the sale of assets for over 130 million”. As the company clarifies in a memo, these values are aligned with those included in the preliminary contracts, and they confirm the assessment for 145 million altogether, making possible to anticipate the effects of the sale operation one quarter earlier than it was initially planned.

Vallecrosia, Fassi will be torn down: in its place a shopping centre and new houses

16 October, Riviera 24 The project includes also an area for events The Fassi area will be demolished and reconstructed....