Amundi Re bought from Dea Capital a property in Milan for 50 million euro. The property is located in Via Santander 9. The operation has been carried out on behalf of the fund Nexus 1, a real estate investment mutual fund dedicated to professional investors whose main subscriber is Crèdit Agricole Vita Spa. The company already completed in August another transaction regarding an asset in Via Borromei 5 for the total value of 65.6 million euro. As a result, the fund now holds investments for 600 million euro. 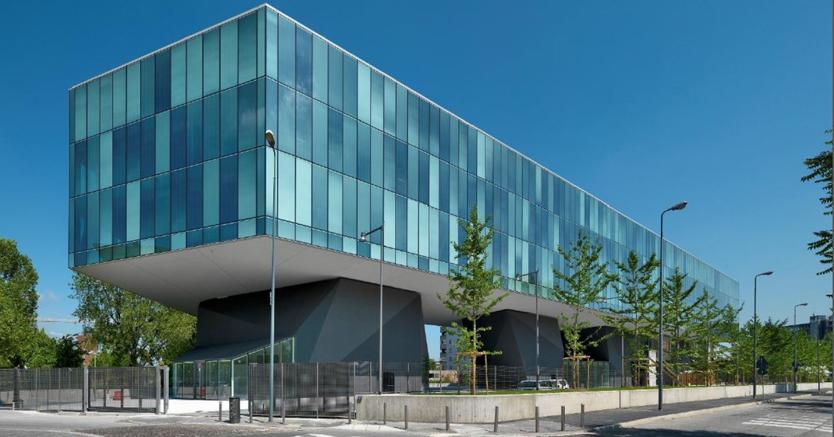 As the memo reads, “The building in via Santander, known as the Parallel, is one of the most innovative office buildings concerning technical aspects and design. It’s located in a semi-central area, near Navigli and the south-west of Milan. The area is currently undergoing a significant requalification activity. The property is leased to multiple tenants”. The building was built in 2012 and was designed by the architect Mario Cucinella. “It develops on a total surface of about 15 thousand Sq m, with four floors above ground. It also features a photovoltaic system consisting of 800 panels according to the highest energy standards (A class)”.

The asset in Via Borromei, also for office use, has a total surface of approximately 6,700 Sq m. “It’s centrally located in Milan old town and just beside the “Cinque Vie” neighbourhood”.

“It’s leased to several tenants. The investment concerns the main building and the two lateral blocks built in the late Fifties and entirely renovated in 2015”.

Giovanni di Corato, Amundi Real Estate Italia Sgr Ceo, commented: “Thanks to these new investments, the Nexus 1 portfolio achieved the threshold of 600 million euro. A large part of the fund’s exposures concentrates in Milan, as this is the economic and financial capital of the country. The city is the main target of domestic and international institutional investors. Nexus 1 is the ideal core investment solution for this type of investors, thanks to its portfolio composed of 13 prime properties located in the most liquid and profit-bearing marketplaces which can provide 5.6% immediate gross returns thanks to the yields from leases originating from multiple high-quality tenants. Moreover, the fund relies on invested capitals for 30 million through which it aims at reducing the loan-to-value ratio of the fund to 35%”.

The two transactions have different risk-return profiles, as the company discloses, and they’re included in a strategy aimed at generating a balanced mix of significant recurrent returns, high liquidity and excellent real estate quality for what concerns leases, due to the architectural as well as the technical aspects.

The two operations were supported by the legal consultant BonelliErede and were entirely funded by equity.

World Capital, the logistics market has grown in the first semester of the year

World Capital, sponsored by Nomisma and in collaboration with Assologistica and professor Fabrizio Dallari, has presented the figures concerning...