Despite the absence of dividends for the investors, the Obelisco fund managed by Investire Sgr has liquidated of its real estate assets. The vehicle was allocated in 2005 to retail investors and distributed through Poste Italiane involving over 22 thousand investors. The fund has been recently at the centre of a debate due to the divestiture in bulk of part of its assets at a significant discount in comparison with the appraised values. Poste Italiane opted to contribute in the recovering of the losses for those investors that bought the shares in the postal offices and kept them till their liquidation. Following the sale of the remainder of the real estate assets amounting to 8.5 million at the end of December, Investire announced that the fund would not distribute the capitals deriving from the liquidation. 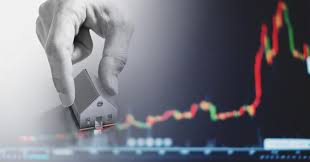 The Obelisco assets were acquired by the fund Alpha Square managed by Castello sgr according to a broader operation that also concerned the Borgonovo Entertainment Center which is included in the Monteverdi portfolio managed by Prelios sgr. The acquisitions were partly funded by Unicredit and Banca Imi. Alpha Square was assisted by the legal firm Orrick, while the deal was managed by Quinta Capital Partners. The real estate asset manager was constituted in 2016 it has structured and managed so far investments for 1.1 billion in Italy. The acquisitions are valued approximately 30 million, and they’re the third and the fourth acquisition by Alpha Square in Italy.

NPL, seven competing for the 1.8 billion of Banco Bpm

10 December, Il Sole 24 Ore There are seven operators competing for the NPL unsecured portfolio for a nominal value...