The second operation for the bailout of the group Mezzaroma has just concluded. The private equity fund Varde, becoming a creditor, has negotiated with the company and the owners over a reorganization agreement implying a considerable recapitalization. 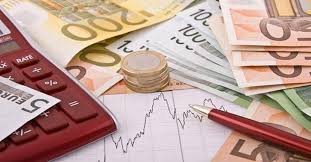 Last July the Varde fund took over 40% of Mezzaroma bailing the company that was dealing with ongoing rebalancing processes with the banks. Varde, with the financial support of Morgan Stanley, purchased through an operation lasted several months the credits of Mps Unicredit, Aareal banks, and Banco Bpm for a value of 420 million euro.

The operation that featured Lazard as advisor took place in two phases: first a process to identify the white knight, namely Varde, which after becoming a creditor had to negotiate with the company for a reorganization agreement (pursuant to the Article 18 bis of the Bankruptcy Act) followed by the recapitalization.

Once reached the agreement, the American company (that has recently bought in Italy the Boscolo hotel) is waiting for the operation to be ratified by the Court.

Coima got funding for Pavillon

02 November, Milano Finanza Unicredit is financing Coima for the purchase of Pavillon in Piazza Aulenti in Milan. The property...