The Pegasus Fund, a real estate alternative Fund managed by Kryalos Sgr, has finalized the acquisition of V Palazzo Uffici, one of the most famous properties in San Donato Milanese, headquarter of ENI which is renting it. 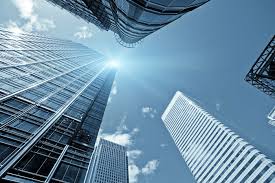 The property, of about 66,000 Sq m, has been acquired by Unicredit Leasing and it’s the first investment of the Pegasus Fund which was incorporated last May and subscribed by a vehicle subsidiary of York Capital Management and, to a smaller extent, by another institutional investor.

“We are very proud of this achievement; – commented Paolo Bottelli, Kryalos Sgr CEO  – after a thorough analysis and due diligences, we’ve managed to finalize the operation, in this way the Pegasus Fund is now fully operational.

“This result – concluded Paolo Bottelli – is a new confirmation for us of how the investors appreciate our way of working: we have very loyal institutional clients that turn to Kryalos Sgr for its independence and its deep knowledge of the market”.

Kryalos is assisted by the law firms RCC for the what concerns the legal matters (also connected to the loan), by Carbonetti e Associati for the Fund institution and for the regulatory matters, by CBA for the taxes and by Axia.Re for the more technical aspects.

Unicredit Leasing was assisted by  REAG Duff&Phelps which covered the role of real estate advisor. “Through a thorough analysis of the potential of the property in San Donato, the Transaction Advisory team has helped to finalize one of the most important single asset transactions of 2017” commented Antonella Mazzeo, Transaction Advisory Managing Director of REAG Duff&Phelps. The firm White&Case instead assisted Unicredit Leasing for the legal aspects.

Kryalos started in 2013 by Paolo Bottelli and operates in the Fund Management, Asset Management and Advisory sectors with a team of 30 professionals and it manages assets for a value of 3.6 billion euro, in retail, office, logistic and residential properties. Kryalos Sgr Spa launched its activity in August 2015 after the acquisition of Henderson Global Investors Sgr Spa and the consequent name change of this latter. With the Pegasus Fund, Kryalos Sgr Spa manages 15 real estate funds in the office, retail and logistic sectors, for a capital growth of 2.3 billion euro.

Milan: new call for the shops in the centre

04 October, Fashion Network The City of Milan continues with the optimisation of its real estate assets. Yesterday the administration...