The Modena residential market is dynamic but not thriving. This last quarter of the year should conclude with an increase of sales of 5-7%. This is the estimate by Pierpaolo Po, Re/Max agent, analysing the sales trend of the last past years: “Modena concluded 2016 with 2 thousand houses sold – says Po – a continuous improvement since 2013, the worst year for real estate due to the crisis that is finally behind, with the lowest point of only 1,300 transactions”. Like most of the Italian cities, the recovery is closely linked to the price trends, which don’t seem to go up yet, on the contrary. The house prices in Modena continue to go down, even if slightly, but this decrease adds to the negative trend of the previous years, where the difference from the picks of 2008-2009 reached even 30-40% less. To the initial price set by the owner, we must add the discount agreed during the negotiation phase, which is stuck at 15% since several semesters already, for an average selling time around 8.3 months. We’ve left behind the negative record of 9 months touched several times during 2014 and 2015. Regarding the favourite types of apartments, the Modena market is polarised in two options: three-rooms apartments (with two bedrooms), followed by the four-rooms apartments (with three bedrooms), whose demand is increasing. It’s difficult to find smaller apartments. Pierpaolo Po continues: “We’ve also noted a return of the demand for rental properties by small investors with an 80-100-thousand-euro budget, they mostly buy three-bedroom apartments in strategic areas for the rentals market”. Despite the increase in sales, the rents segment is still doing well. Rent prices have reached a stability now, showing even some signals of increase for two-a and three-bedroom apartments, favoured by a demand exceeding the offer, especially for semi-central neighbourhoods with a strong rental vocation (for instance, Buon Pastore and the areas nearby). Most of the potential tenants are still university students from other cities and workers moving to Modena for work. 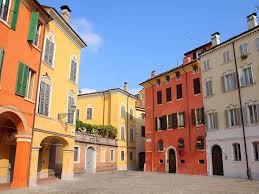 Milan is the city with the most interesting numbers

17 October, Casa.it Milan is the city with the most convenient prices in Europe, while the risk of property bubble...