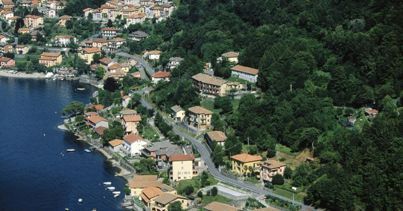 The interest from abroad is one of the most positive signs, according to Savills, for Italy as a tourist destination as well as a country where to buy a second home. The requests for properties in Italy are rising and come from more and more countries. “We have requests from 37 different countries, from  New Zealand to Norway, from Thailand to Cyprus – states Annabel Dudley, Savills manager for the Italian market. The number is growing, there is an increasing interest from China, Canada, and United States”.

According to Dudley, foreigners are no longer looking for a ruin to renovate, they’d rather buy an already inhabitable property, possibly with view on the sea or lake, in any case, close to a town or city. Isolated farmhouses are no longer in demand as they used to be before.

Despite the many doubts, the perspectives for the Italian real estate market are positive. Tostevin says: “The political uncertainty remains, with the elections expected for the spring of 2018, but the perspectives for the economy are improving, trust is growing, and the new fiscal incentives just approved by the Government should attract more international investors”.

The dossier reports that the transactions have increased by 18% in 2016, the highest level since 2012, even though they’re by 39% lower compared to the picks reached in 2006.

The prices on average have fallen by 30% compared to the highest levels of 2008, therefore “the market is favouring the buyers”, but “the average discount on the price requested has dropped from 16% to 12%”, this is a signal that the prices have started to stabilise throughout 2017.

Finally, according to Savills, the recovery is particularly visible in the north: in Milan, the sales have increased by 22% in 2016, while the prices have risen by 1.4% in the second quarter of this year. “Milan is the real success story – stresses Tostevin -. Big projects like Milano Porta Nuova have triggered the high-end residential segment, galvanizing the market”.

Italy is a country of money savers

House is the first investment. Assets for 2 billion to manage Italians are a country of money savers. Saving...