The residential market has reported another acceleration at the end of 2017 and it has continued to grow for the eleventh quarter in a row. The commercial sector has also performed well (+2.8%). This is what emerges from the quarterly report by the Revenue. More in detail, in the least quarter of 2017, transactions for houses have been 152,608, +6.3% compared to the same period of 2016. The acceleration in sharper in non-provincial capitals (+6.7%), while the growth of provincial capitals has been equal to +5.5%. The average surface hasn’t substantially changed, setting around 106 Sq m. Among the eight main Italian cities, Florence (+11.8%) and Milan (+9.1%) have reported an above average growth, while Turin and Genoa have reported respectively +7.7% and +6.1%. Napoli has grown by 4%. Whereas Rome (-1.3%), Palermo (-6.1%) and Bologna (-4.2%) have reported negative performances, confirming the negative trend of the previous quarter. The market for parking spaces has recovered with a 3.8% growth. In this case, Central Italy is in countertrend, with transactions decreased by 2.5%. Concerning the non-residential market, in the fourth quarter of 2017, the transactions for commercial and service spaces has grown by 9.2%, especially in the Centre and in the North-East. Transactions for offices have slightly decreased (-0.3%), mainly impacted by the performance of the North-East (-11.3%), while shops have grown by 13.2%. Industrial properties have also registered a positive performance (+2.8%), even though decelerating in comparison with the previous quarter (14.3%). The analysis of the macro areas shows a neat difference between the North which is growing and the South and the Islands, where transactions have decreased. The Centre has remained stable. 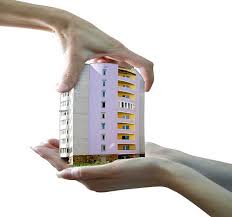 16 December, Milano Finanza All Star, the property fund managed by Kryalos Sgr, has completed the acquisition of a portfolio...