Good signals of recovery from beach, mountain and countryside destinations 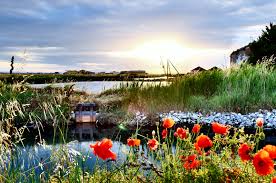 “Investments have started again after a long period of stagnation and uncertainty”. These are the words from the experts of Tecnocasa that confirm the figures of the Research Office of the real estate group, published on this page.

Aligned with the trend of the residential segment, also the touristic real estate has restarted: after all the conditions for the restart of the sales are the same as those who enabled the recovery in the purchases of houses. Prices at their lowest, a financial availability that has grown compared to the past few years, and, more importantly, a greater trust in real estate: these are the ingredients for the restart that concerns all the Italian North-West, from the beach of Liguria to the mountains and lakes of Piedmont and Valle d’Aosta. With some surprises. “In the west of Liguria even the French are buying again, which we didn’t see for 20 years – says Giovanni Griotti – the conditions after all are very convenient. It’s true that taxation has gotten higher but houses are taxed abroad too, and a house around Ventimiglia costs definitely less than the same type of house in the French Riviera”. The most “attached” customers of the Ligurian coast remain though the Italians, especially those from Piedmont and Lombardy. “We must say that the holiday house market has always remained solid, especially in the most popular destinations: these days, however, there are new opportunities and the requests are much more”. And in Liguria, following the nearly market saturation of the most desired destinations, from Alassio to Santa Margherita till Cinque Terre (where prices remain prohibitive to the most anyway), there is an increasing interest in the immediate countryside and in the lesser known small towns where prices are more affordable.

Also, the mountains of Piedmont are doing well, according to Gianni Pautasso, “we have registered a good flow, especially in the seasonal rentals and a clear restart of the purchases, not only in the most popular locations such as Ulzio, Bardonecchia or Sestriere but also in areas that were left behind before”. Pautasso highlights as, together with the vacation house, also the way Italians see them has changed:”Not everybody chooses the mountain to go skiing in the winter, as well as many don’t go for a beach house because they prefer cooler temperatures and quieter places”. To the point that there are countless cases of discovery, or rediscovery, of destinations on the hills, rarely visited where a detached small house with garden costs the same as an apartment in the more popular beach and mountain destinations, and there are more and more buyers choosing them. Also in the Alps and surrounding, however, the market registers an increasingly strong presence of foreign guests: “British people come in flocks for the ski, and the in valleys even in summer we see many Dutches, French and Germans: tourism has changed and it’s not unusual getting requests for houses in locations ignored before, like the Canavese area or the hills of the Turin province. An example? In Cantoira, north from Lanzo, a small house is sold at 30,000 euro, and there are people buying it”.

Valle D’Aosta follows a similar trend: if the “champions” like Courmayeur, Champoluc and Cervinia are still standing out with their considerable amount of tourists from outside – from all the North-West but not only -, the interest of the buyers for lesser known, and with more affordable prices, destinations grows, confirms Agostino Nicotera. Besides, for the moment, even though the seasons being a little “crazy” and the temperature consistently rising, the ski destinations are not experiencing any crisis in their business, quite the contrary.

In the overall, the picture emerging from the figures and considerations of the experts of Tecnocasa is positive for two main aspects: the appeal of the offer, which is in any case carefully evaluated in terms of quality of the property and of the surrounding area, and the investment decision, which is back after the years of uncertainty due to the recession.

Buyers tend to buy upfront, without applying for new loans, and carefully evaluating the offer, but at the same time aware that “ the times of buying at 100 and resell it for 130 after five years are over: families have understood that a holiday house is a long term investment which, considering the current situation, is more advisable anyway than the financial ones”, Griotti explains.

Impossible, also for the touristic segment, trying to foresee when the market will find its balance and the first signs of increase in value: from one side because there are specific elements, varying from destination to destination and depending on the trends and the dominant lifestyles, that strongly influence the dynamics of prices, more than in the residential segment; from another side because a part of the real estate residential assets might turn into touristic wherever the conditions are auspicious: in the future the granny’s small house might become, instead of a burden, a little treasure.