Only a few people are optimistic about the situation of real estate in Italy. As we approach the year -end, we start making conclusions and forecasts. Many are talking about a significant slowdown of the Italian market. 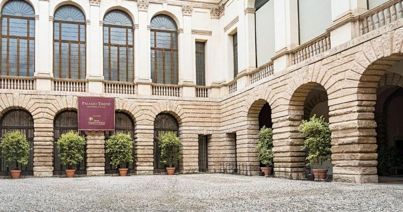 Scenari Immobiliari has forecasted volumes equal to 6.5 billion euro by the end of 2018, whereas they were 10 billion in 2017, a record year.

There are several operations in standby on the market due to the caution of national and international players, which are waiting to see how the political situation will evolve.

There is plenty of liquidity, but the operations are not restarting. Bids have been postponed awaiting better times. Activities amounting in total to at least six billion are stuck. Most of them are likely to be postponed to 2019.

The three main bank portfolios are paused. Mps was meant to launch the sale of assets for one billion euro, but there is no information in this regard. The same for Banco Bpm for its instrumental and non-instrumental assets worth 700 million (which become three billion if we also consider the Release assets). A first analysis detected a significant unbalance between market values and book values.

The real estate portfolio of Banca Popolare di Vicenza is also stuck. It was supposed to be placed this summer. The operation amounts to over 400 million euro, concerning over 200 properties, and it’s coordinated by Vitale&Co. real estate. The portfolio includes prime properties such as the building in Via Turati 12 in Milano, the offices in Via del Traforo 146 at the corner with Via del Tritone in Rome, the Banca d’Italia headquarters in Vicenza, as well as the Fineco offices in Milan.

Carlo Vanini from Cushman & Wakefield says: “the outlook for the second part of the year is more complex than expected. We’ve assisted at dangerous variations of the spread during the summer that didn’t help investors to choose where to invest. Capital flows are still considerable in Italy. Some new products and projects will be gradually placed on the market, as well as assets that had been requalified and they’re now ready to be sold. We estimate investments in the pipeline for five million at present. Not all the projects will be completed by the end of the year”.  Cushman & Wakefield forecasts investments for 8-9 billion by the end of the year, with a decrease between 10% and 30% in comparison with 2017.

The destiny of Capital dev is also uncertain, namely the Unicredit division that received the Parnasi assets valued 300 million. Unicredit will have to decide how to requalify the properties and then sell them, as the mission of the bank is not operating as developer or real estate manager.

There is no news concerning the bid launched by Lazard for the assets owned by Enel that the merchant bank was intending to close by the end of the year. The trophy asset of the portfolio is the building in Via Regina Margherita in Rome, which Enel will continue occupying as a tenant and which requires requalification interventions from the buyer. The portfolio also includes other offices in Rome and Palermo for a total value of 250-260 million euro. Enel, however, has requested the potential buyer to spend about 150 million in capital account to modernise and optimise the offices.

Regarding retail, there are properties for about one billion waiting to find a buyer. The negotiations regarding two factory outlets put for sale by the Percassi group in Turin and Sicily (approximately 300 million) are currently in standby.

Moreover, the American Blackstone will soon place on the market its Italian outlets under the brand Land of fashion which were acquired between 2013 and 2014 for a total value of about 800 million euro. It’s hard to tell with which results.

Rents have returned to pre-crisis values

24 November, La Stampa Rents are rising again, while property values continue to decrease. The rise in rent prices has...