The positive trend of house sales in Prato continues. Therefore, 2017 is likely to end with a positive sign, compared to 2016 that, according to the data of the Revenue Agency, closed with 1,541 sales in the city and 2,085 in the province. Concerning prices, there is still space for discounts, especially for properties in the suburbs and of not much value. After a fall that saw prices dropping by 40% over the last 5-6 years, 2017 will be remembered as the year of settlement. Most of the sales finalized have concerned people looking for two-room apartments of 80-90 Sq m with a purchasing power between 80 and 120 thousand euro. The map of Prato confirms a real estate demand concentrated in the northern part of the city, where the niches of exclusive houses and of alternative solutions in areas such as Villa Fiorita and Santa Lucia still resist. The old town has less appeal, except Via Garibaldi and Sant’Agostino square, and neighbourhoods like San Paolo, Chiesa Nuova, and Via Pistoiese, the heart of the local “Chinatown”. 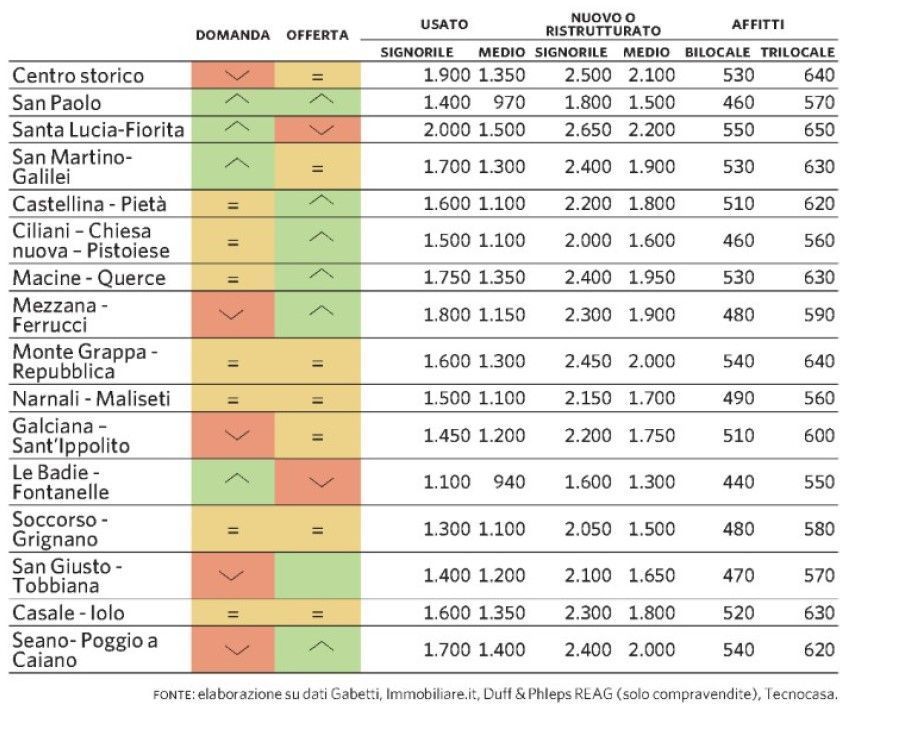 The numbers show that the rental market is still holding, especially for what concerns two- and three- rooms apartments. Alessandra Tronci, real estate agent for Professionecasa, highlights “the average rents in Prato city and province have risen this year to 10.2 euro per Sq m, with an increase of 3% compared to the same period of the previous year”.

29 September 2017 - Il Sole 24 Ore The economic recovery, which is taking longer in Italy compared to...