Today the first milestone for the shopping centre: 700 new jobs 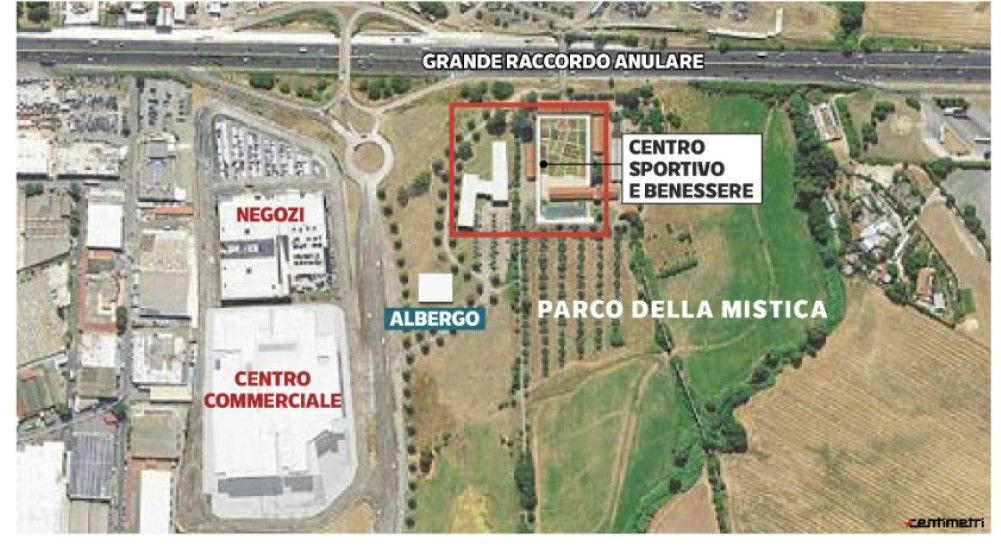 The eastern part of Rome facing on Via Prenestina is changing face thanks to the cooperation between private and public. Where there was once the Roman countryside and the Acquedotto Alessandrino as a landscape, now a new territory combining nature and new buildings will rise. The renovation of the area close to Gra between Tor Vergata, Collatino and Casilino, started five years ago with an investment for 75 million-euro from the group Fresia and 15 from the Municipality of Rome for public works. So far, the results have been the requalification of Parco della Mistica and the restructuring of streets and water ducts. Today is the first milestone for the construction of new shops and the completion of a hotel.

“This is an area with half a million of inhabitants accessible in 15 minutes by car”, explains Elia Federici, Fresia Group Ceo, that has designed and implemented the project. It was initially planned by the Rutelli and Veltroni administrations, then started with the Mayor Alemanno in 2012 and continued with Marino in 2015, when the bypass of Prenestina Bis opened to lighten up the traffic towards Palmiro Togliatti. The project will be finished by 2019. “The land was bought by my grandfather in the 30s to bring the sheeps from Abruzzo – remembers Federici – I started thinking of a way to requalify the land in the 90s, also to curb the unauthorised depots”. The area borders with Via dell’Omo, frequently visited by the police due to the illicit activities.

All the public works are already completed and include the belt highway to Gra for one kilometre, the hydraulic works in Tor Tre Teste with the restructuring of the damaged water duct bringing water to the hoses of 600 thousand people.

Parco della Mistica has also undergone a requalification project through the years. Here, the old farmhouses have been brought back to life, gardens have been created, together with centres for organic farming and photovoltaic plants. A wellness centre and a theatre will rise near the Acquedotto Alessandrino. “We’re launching today the shopping centre with 90 shops and 10 restaurants that will be completed in 2019 – adds the CEO. “the hotel will be inaugurated on 8th November”. There will be also space for a DYI retail store. Good news for occupation: 700 new jobs, 30 of which in the hotel designed to serve the bio-medical campus and the Tor Vergata polyclinic.

The resurgence of real estate also in the hinterland of Milan. +30% in one year

27 December, Il Giorno Gabriele Flore defines himself “a trench soldier”. He speaks through metaphors and he started his job...