Three new players make their debut in the complex NPL (non-performing loans) world and decide to unite forces and play an interesting game. 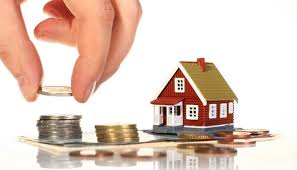 Nomisma, Immobiliare Percassi e Rabitti & Partners have decided, in fact, to create a partnership, called Rea, to implement a platform for “real estate arrangement” services, to help banks, debtors and investors through the various phases of management of bad loans.

Since the beginning of 2017, the operations regarding NPL secured by real estate (hence with assets put as a guarantee of credit) in Italy have amounted to over 30 billion euro. The portfolio has been mostly purchased by American or British investors such as Algebris, Cerberus, Blackstone, Fortress, Pimco and so on. The biggest operation, that of Mps, however, is yet to come. Several significant operations are expected in the next months. According to Banca Ifis, the divestitures will amount by the end of the year between 70 and 100 million euro. In the future, a new market, that regarding the sales of NPL sub-portfolios will open, originated from the big portfolios that have been sold. These sub-portfolios will include the most interesting real estate assets that can re-enter in this way on the market. While the segment for the appreciation and management services of the assets put as guarantee is already born.

Where do NPLs come from? “72% of the bad loans come from non -financial companies – explains Luca Dondi, Nomisma general director -, 18% comes from consumer families, 8% from producer families and 2% from financial institutions. Most of the NPLs, geographically speaking, is distributed in southern Italy and the islands. The centre has 8.6% of the total and it’s the area with the lowest concentration of NPLs”. Bad loans are mostly constituted by portfolios comprised between 5 and 25 million euro (22.6% of the total).

Rea aims at offering an innovative approach to the management of real estate assets related to bad loans, as the company suggests. The idea is to start from the characteristics of the single asset, considering the best chances to get some value from the asset is in the phase before the classification as non-performing loan. In the first phase, the company will study the potential placement of the asset. The process must not be taken for granted. The second phase sees the analysis of the corporate context in which the credit and the related asset are placed, identifying possible alternative scenarios for the management of the credit and the consequent appreciation. Finally, the third phase is the operational one involving the stakeholders in the placement of the assets through a new funding, may it be private or institutional, to figure the resolution of the credit with its best possible appreciation.