Hera International Real Estate is another company active in the varied world of Italian Npls. The company was established in 1999 by Oscar Pittini, and it has six offices in London, Moscow, Beijing, New York, Dubai, and Munich, guided by the headquarters in Milan. It manages 500 million credits and it expects to close 2017 with a turnover around 4 million euro. “For 2018, considering the operations of this last semester, we want to exceed 6 million euro”, states Pittini, guiding the company which, besides providing advisory services, is also “the executor of the actions included in the business plans we propose”, as he says. To do this, Pittini has put together a team of 40 experts with a background also in construction. “We manage construction sites stuck at 20-30% from the completion”, he explains, “and we collaborate with important legal and tax firms in Milan. For what concerns NPLs, Hera acts as a buyer of the credits as well as of the assets with the aim of requalifying the underlying property, maximising in this way the chances to collect the credit”. “The average values at auctions can be around 50%”, explains the manager. “The main cities are still Milan, Florence, Rome, a d Naples. But we’re focusing also on the coastal areas, especially in Liguria and on the Adriatic coast. We’ve recently acquired an operation in Riccione for a hospitality facility for a value of 15 million euro, 30% of its original value. In Rome, we’ve acquired through auction 99 accommodations with a 13.5-million-euro operation, close to 40% of the original value”. 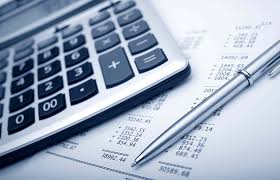 But the Italian real estate doesn’t live only of NPLs. There are also the unlikely to pay, the stage before becoming bad loans. “We’re currently focused on the unlikely to pay market. This year, we’ve transformed 150 million euro of credit destined to become non-performing into performing”, stresses Pittini. “We try to involve banks not in the transfer operation, rather in the promotion of the assets in order to maximise the credit collection”. According to the manager, a proactive attitude of banks is essential: “They believe in our business plan and they inject cash in the operations concerning restoration plans and restructuration of debts in order to complete the construction works and promote the sales”. What is the perspective of Hera Holding? “We intend to continue transforming unlikely to pay positions restoring them and turning them into performing. Avoiding, in this way, transfers with significant sacrifices in terms of non-collected credit”.