It’s not possible to talk about the Italian real estate situation without considering the mortgage market and its dark shadow represented by the non performing loans, which are weighing on the banks’ statements. The good news is that both markets are significantly expanding, even though unravelling the deteriorated assets situation will be a lengthy and complex problem. 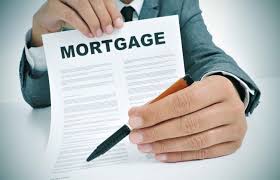 Beginning from the mortgages, the recovery of the disbursed amounts started three years ago, bringing back the overall values close to the those before the crisis. Certainly, so far a big part was represented by subrogation mortgages (therefore not destined to the purchase of new properties, but simply replacing an existing loan with a more convenient one). However, already since 2016, the subrogation has started diminishing as the rates stabilized, whereas the new mortgages have strengthened their presence along with the increase of the real estate transactions. The loans (mortgages, leasing, etc…) are indeed the key to restart the real estate market. 2017 could even register an additional increase of the demand, even only because the season of the interest rates at their lowest level might be end soon, especially for the fixed rate mortgages, available in these days at particularly convenient costs if not unique. When will be possible again to access a loan for 30 years at a rate around 2-2.5%?

And what about the Npls? As already mentioned, at least for the secured part, namely guaranteed by a property, they are the downside of the mortgages: they are, in fact, bad loans. The market is growing because there is an increasing number of funds and societies that are taking care of their disposal, and they are destined to increase. Between 2017 and 2019  npls for an amount between 90 and 100 billion might be on the market. This might seem a high amount, but we must consider the 17 billion of non performing loans of Unicredit and the 28 billion of Mps to reach by the end of the year over 40 billion. The calculation was made by PwC. And, even though it’s true that the transactions on npls announced for the last year didn’t exceed 14 billion, in reality, the transactions finalized were far more than that, for a total of 23.9 billion, reminded PwC, referring to the calculation of the new observatory Credit Village. Almost half of that amount (11.3 billion) is however referred to operations on the secondary market, therefore they haven’t impacted the volume of the outstanding npls on the banks’ financial statements. Nowadays on the banks’ books, there are 390 billion gross impaired loans, 258 billion of which are bad loans, 134 billion are other impaired loans and 50 billion are past due commercial credits. In conclusion, a big bunch of credits for servicers and collections companies that have work on them. Unfortunately, over the last three years, the profits fell by over 50%, going from 24.1 million to 21.95 million between 2014 and 2015 and 14.2 million in 2016.  It’s clear then that it becomes more difficult to collect the credits, because the quality of the procedures has diminished, or because the number of npls in the procedures is growing. Last year this number was 38% of the overall value, but last year it wasn’t made this distinction, for this reason, it’s not possible to make comparisons. In any case, the consequence is that the costs for the credit collection are increasing, therefore the margins are shrinking, even though the commissions have grown to 6.45%  from 5.64% of the previous year. Hence, this is a dangerous situation. It seems though to be space to take some action, since, according to the investors, the choice to hire one credit collection society instead of another obviously depends on its collection performance, whereas the price for the service is not a significant variable. What is more important is the society’s reputation (therefore also being associated to Unirec), the quality of the internal controlling system and the volume of managed assets, while it’s not very important that subject is monitored or holding a rating.

Saint Laurent to open a plant in Scandicci, Florence

07 June, MF Fashion Cdp Investment is currently in exclusive negotiations with Kering regarding the possible conversion of a disused...