The non-profit organizations are worried: at the expiration of the concessions, there will be no automatic renewal. In the resolution are contained the guidelines on how to get an income from the public properties 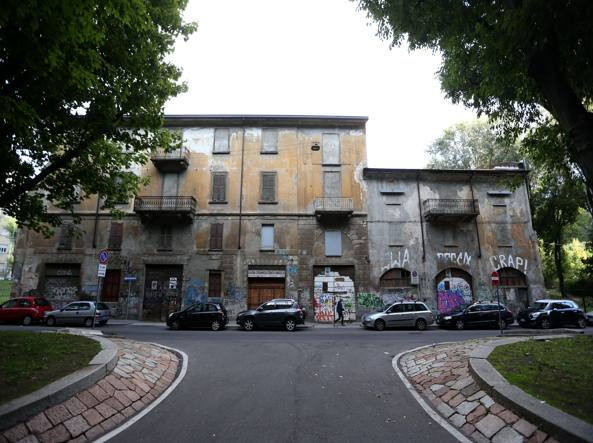 The State Property Office is undergoing a revolution. The council is writing the new rules for the “development” of the properties it owns. The nonprofit organisations are the ones paying the consequences for this decision, as in the future it may be too expensive being based in the old town. The properties within the Bastioni must be “aimed at generating an income”, as the document states. It’s the comeback of the “public” after two attempts of tender for the allocation gone desert.

The key point of the operation will be the creation of a common register for all the assets. It is necessary to centralise the control and the management of the properties under just one local authority. Nowadays the many properties which include residential buildings, commercial properties (shops, garages, depots, and studios), offices, barracks, sports centres, schools, museums, theatres, libraries, are scattered among different departments, from Commerce to Culture.

But the battle now is with the Zones of Milan. Written in this way, the representatives argued during a meeting, the resolutions cancels that little decentralization conquered under the Pisapia administration which brought to the creation of the Zones. This meant the possibility to administer autonomously some assets of the State Property Office, obviously under regular public tenders, in order to accommodate some of the many nonprofit organisations operating in the territory.  There is a number of properties, some of them might even interest the real estate market, that have been empty for years. One for all, the building at number 10 of Corso di Porta Romana, the former headquarters of the Electoral Service Office, then transferred to the Bnp Paribas fund to be sold. The resolution is at the centre of a debate going on between the councillor Roberto Tasca and the president Fabio Arrigoni. The conflict has even landed to the office of the Mayor Beppe Sala. Arrigoni adds: “ at these conditions, Emergency wouldn’t be in Via Santa Croce, as many others, they’re not there for free. They even renovated an abandoned school from the 1940s that was occupied for years by independent communities”. There will no longer be examples like “the WWF headquarters opened in the former greenhouse in Via Tomaso da Cazzaniga – notes the councillor for Public Properties of Zone 1, Elena Grandi – or the hidden farmhouse in Parco Sempione, that a group of associations guided by Legambiente is currently renovating”.  And what about Chiama Milano, located in Via Laghetto? “Will nonprofits be confined to suburbs?” adds Arrigoni, “we must not forget that these organisations don’t occupy public properties for free, but they pay a subsidised rent and that they provide invaluable subsidiary services where the public authority doesn’t arrive”.

The council’s resolution implies the creation of a digital map to trace all the paths and information helpful to develop the assets. The shops on Corso Garibaldi, a few metres away from the  “Falcone e Borsellino” Cam association, have been empty for eight years and they prove the need for a census ( which it’s already in process). There are also the toll-houses of Dazio which the old town administration has countless times requested to put on auction. “Perhaps they may have been already occupied” argues Grandi. The one in Baiamonti is empty, it used to accommodate Cai. The Principessa Clotilde one is empty too, it was supposed to be allocated to the administration of the hospital Fatebenefratelli. Even bigger is the case of the Calchi Taeggi palace at Vigentina gate. It accommodates a kindergarten, a library, a Cam shelter, and a centre for elder people. These spaces will be reserved to deal with the emergency due to the cold temperatures. In the meanwhile, in Brera, a part of the building has been returned to the State Property Office.

Call for tenders for the Urban Center in Galleria in Milan

26 September, Libero The deadline is on 13th November. The tender concerns the assignment of the space currently occupied by...