In Milan, prices are stable, but sales are increasing. Growing demand in Rome 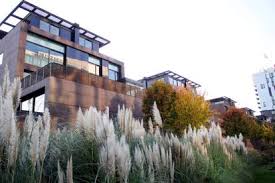 After the tough recession years, the luxury property market continues to grow also for this year in Milan and Rome, as the report by Nomisma and Santandrea (Gabetti group) shows. The dossier focuses on this particular sector that suffered only marginally from the crisis.

In Milan, Brera ad the Magenta-Pagano-Castello area are in pole position, while in the capital the demand rises for the old town and the Prati and Aventino areas. The luxury property market in the two cities continues with its “gradual recovery phase in terms of sales”. The report shows that in Milan, despite the substantially steady demand, the number of sales has grown. Whereas in Rome the demand has been more dynamic, but sales have been stable compared to the results at the end of 2016. Prices are higher in Milan (13 thousand euro per Sq m) than in Rome (10,500).

“Luxury houses – said Fabio Guglielmi, general director for Santandrea Luxury Houses – are no longer measurable in square metres or on the areas they’re located. Their value, instead, is measured on their characteristics such as which floor, the presence of terraces or the finishing of the building.  The success of the property depends also on the surroundings, the presence of public transportations and services”.

Monza, gym and offices from the old movie theatre Maestoso

28 March, Corrriere della Sera When it was inaugurated in 1978, it had the big panoramic screen in Italy and...