Intesa Sanpaolo and Unicredit are ready to announce new operations, especially for what concerns UTPs. 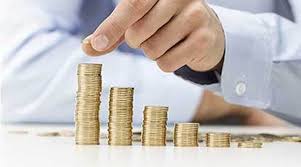 According to Bloomberg, Intesa Sanpaolo is currently working at the sale of an impaired loan portfolio amounting to 15.6 billion euro. The portfolio is composed of UTPs with underlying real estate and corporate loans. The total amount of credits hasn’t been defined yet, but the operation will likely consist in one single portfolio for a nominal value of approximately 2 billion euro.

The operation is included in the NPL reduction strategy of the bank, aiming at reducing the stock from 9.2% to 6% by 2021. The operation seems to be aligned to Messina’s intention of accelerating the disposal process for this is a priority for the bank.

As the banker commented yesterday: “we’ve done a lot concerning NPLs, and now we’ve returned to the levels before the recession. But we want to do more”. The Ceo also expressed the possibility of a further reduction of impaired loans in the upcoming months.

Unicredit might follow the same path. According to Milano Finanza, the bank might be ready to launch its new project Sandokan 2 for the disposal of impaired loans for 3 billion. The credits mostly consist in unlikely to pay backed by real estate.

A first tranche for 800 million might be sold already in February with the participation of players which are already familiar with Unicredit. Pimco, Gwm and Aurora Recovery Capital, in fact, have already worked in the Sandokan operation in 2015.

Milan better than London and NY

26 October, Milano Finanza Although the outlook is for a slight decrease of the property market in 2018 in comparison...