House is the first investment. Assets for 2 billion to manage 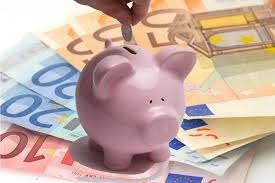 Italians are a country of money savers. Saving money didn’t decrease during the recession years started in 2008 and now, with the first signs of recovery, it’s increasing. According to the Intesa Sanpaolo President Gian Maria Gros-Pietro, “we’re returning being a country of money savers”, as he stated a couple of days ago at the presentation in Turin of the Survey on Italians’ saving and financial choices for the year 2017 by Centro Einaudi and Intesa Sanpaolo.

The survey shows how for the second consecutive year the economic conditions of the Italians are improving and we can even say that they left the crisis behind. Unlike 2016, the 2017 survey sees all the social classes benefiting from the economic recovery: the low-income class, the medium, and the high-income ones. The leap of 10 points on the quota of Italians that consider themselves financially independent is remarkable, going from 82 to 92%, the highest value after the crisis. This growth is related also to the change in the types of income, featuring income from work increasing to 58% after falling below 50% in the past years. Also, the economic outlook is confirming that Italy is doing better. Gregorio De Felice, Intesa Sanpaolo chief economist, reminded the results of the analysis carried out by the bank and how they forecast the GDP to grow further this year reaching 1.4%. The recovery is also confirmed, as highlighted by Gros-Pietro, by the increase of the industrial production (+4.4%) and the export (+8%), while the occupation is reporting the best trend of the last six years. This economic recovery is also due to the input of new capital by banks to families and businesses, with Intesa Sanpaolo among the most active ones, having issued to the system 25 billion in the first semester of the year with an increase of 6.5% compared to the same period of 2016.

As a consequence, the amount families are able to put aside money has grown, going from  40 to 43.4% with a quota of income destined to saving equal to 11.8%  and a stock of managed funds reaching 2 thousand billion, an amount very close to the national debt, without considering the other forms of saving. Moreover, Gros-Pietro reminded, referring to the growth by 14 billion of the funds managed by the bank in the last six months, the 6 thousand billion properties owned by Italians for a quota of house-owners close to 78%. People mainly save money to deal with uncertainty, to buy a house (16%), and for the children.

Saving for retirement is rising too, even if slightly (from 14.1 to 20.7%), in the form of supplementary pensions. However, saving mainly means doing it without bad surprises. The capital safety comes at first for 61.9% of the Italians, followed by cash availability ready to use (36.8%). The attitude to wait, at least three years, for better returns on the investment is also growing (37%). Concerning the instruments, families choosing managed funds have increased from 8 to 13%, while the investments in national bonds and obligations have decreased from 27 to 25%, despite the low interest rates. On the other hand, there is a revival of the Stock Exchange with equities interesting 5.5% of the people surveyed. Nevertheless, Italians are still investing a lot in real estate. Despite the crisis that impacted the property market in last few years, for Italians, the house remains the safest of investments. As a result, the survey by Centro Einaudi shows how 77.6% of the families live in the house they own. To the point that the average value per family of the real estate assets, excluding the existing mortgages, amounts to 217 thousand euro, for a total real estate asset value approximately three times and a half the GDP, twice the asset value deriving from securities. House is perceived as an investment that helps saving on rents and as an inheritance to pass to children. This is the reason why it’s so hard to disinvest such an asset. As a result, since January 2016 5% of the surveyed has bought a house.