The first auction to sell the old trade exhibition in Monza was inquorate. The asset has a surface of 20,500 Sq m. The City of Monza decided to sell it at auction last August at a starting price of 4,189,125 euro. The city administration is worried for the failed auction. For City Councillor for State Property Simone Villa, this is just a tactic of the companies involved since they are seriously interested in the asset due to its strategic value. Villa says: “While we haven’t reached an agreement yet, I’d like to remind that we successfully sold the former Inam building, which is located in the city centre, in Via Giuliani. The area is degraded and located near the city library. It will soon return to its central role in the city life. Moreover, we’ve managed to sell the area in Via Sicilia. The asset is used to showcase cars. We earned over 1.1 million euro from the operation”. 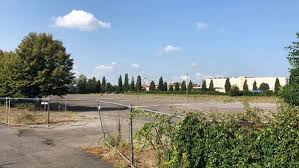 From the eighties till 2010, the space in Via Stucchi accommodated the Monza trade exhibition, the biggest in the Brianza region.  In addition, the area used to host several events such as Mia (the international furniture trade fair) organised by Apa Confartigianato. With the new millennium, however, the event became outdated, and the facility closed down five years ago. In 2012 Ente Fiera stopped its activities, ending all the projects and dreams for a modern exhibition centre for Brianza.

In the past few years, the space had been used by the circus and other shows. Villa comments: “We’re working to make of this area the eastern gateway to the city. I’m sure we’ll soon sign the sale agreement for this space. Many players have expressed their interest. Many wanted to visit the area and made inquiries to our offices”.

The new urban plan implies that the area can be used in many ways: commercial, production, services or as a multifunctional centre. The area borders with the Brianteo stadium, which Berlusconi wants to turn it into a multispace. The stadium is located only 100 metres from the sports centres and right across Apa artisanal district.

28 November, Il Sole 24 Ore The current financial and economic uncertainty in the country might impact the recovery of...