The collection goal should be 200-300 million and the offered return around 12%. With the approval from Consob, the launch is expected for September 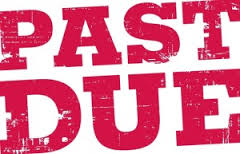 Idea Fimit doubles on real estate funds that bet on bad loans. After the vehicle dedicated to non performing loans, the company is launching now a new vehicle for substandard and restructured loans. According to Milano Finanza, the asset management company should have got the green light from Consob to market the new fund Special Opportunity I, designed to invest in non performing exposures other than bad loans, secured by real estate. For this second adventure in the real estate funds, the company led by the Ceo Emanuele Caniggia is aiming at a collection of 200-300 million, offering a return around 12%. Gained the necessary authorizations before the summer break, the fund should be launched in September with the start of the collections, targeting only institutional investors. The vehicle is supposed to operate on, but not exclusively, securitized credits. As already mentioned, the company will invest in secured substandard and restructured loans, in order to take advantage of its expertise in the real estate field.

The doubling in the alternative investment funds world should happen then after a little bit more than one year the first initiative, launched in May 2016: Idea npl, the fund dedicated to non performing loans. The first operation of this vehicle was on a non performing loans portfolio of about 22 million over 100 collected. Nearly at the closing, there should be in the pipeline also other operations for 20 million, among which two deals related to some secured credits within Unicredit and Intesa Sanpaolo. The goal is to close the collection of this fund with 130-150 million by next autumn.

In the meanwhile, the non performing market gets more and more crowded with national operators. Another asset management company, Sorgent, has recently launched its vehicle dedicated to NPLs, Pinturicchio, with a collection target of 150 million. On the other hand, with the increasing transfer operations by the banks, also the occasions for real estate asset management companies are increasing, as they can avail themselves of their expertise in the field for the credit collection phase. Not to mention that the prices of these packages are expected to drop. According to the last Market Watch by Banca Ifis at the end of July in fact, “the average prices of the secured portfolios (guaranteed by real estate) show a sharp fall after the pick at the end of 2016”.

In the second quarter of 2017 in particular, the average price fell to 33% as “a consequence of an increase of the offer for this market segment”.

19 October, Milano Finanza Two new assisted living facilities will open shortly in Milan. Both facilities have been commissioned by...