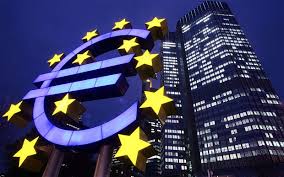 Seven years for secured impaired loans, only two-three for the unsecured ones: after that, the value on banks’ financial statements will be zero. It’s the new proposal that the ECB is about to submit to the Surveillance Authorities through a document to be published this week. Last week, the President for Surveillance Daniele Nouy anticipated “a rather strong indication”, explaining that “ now that the economic situation has improved, we need to see a significant progress” in the reduction of Npl stocks.

The document will be published tomorrow. For what is understood, the main change, already shared with the banks under surveillance in the past few weeks, would be in the so-called calendar provisioning. Basically, starting from 2018, yearly pro-rata devaluations of bad loans will be introduced. Nowadays each bank is free to manage NPLs according to their systems, obviously following the guidelines of the Surveillance Authority. In the future, after seven years, all the impaired secured credits will be mandatorily written off, while for those unsecured the time will be only two-three years. It’s still not clear if in the consultation there will be space for negotiation in order to avoid some automatic mechanisms that risk penalising the countries that are most impacted by the long collection times (such as Italy). However, the ECB is likely to apply these new criteria only on new bad loans, and not on the pre-existing stock, giving time to the banks to prepare, even though the NPLs have returned to pre-crisis levels. The debate between authorities on this point has been intense.

The guidelines from CBE on prudential management and the introduction of regular mandatory provisions arrive on the eve of the new Ifr9 accounting principles. In addition, in the process of reviewing the set of rules of Basel 4, we find United States and part of Europe in favour of a “standard” approach, promoting common risk management and accounting models, at disadvantage of more complex models that would allow the banks to assess the risk of the credit based on the portfolio history.

21 November, Kryalos Kryalos Sgr closed the deal for the sale of an office building located in Via Santa Margherita,...