The magical moment of the industrial real estate in Europe continues, and at the moment there are no signs of a countertrend. Logistical buildings (warehouses, storehouses, logistics hubs) are living a phase in which the demand exceeds the supply by far, whether we talk about lease or sales. The mix between liquidity of the big international investors with generally positive economic fundamentals pushes the market, driving demand and consumptions and, consequently, the necessity of adequate industrial spaces. 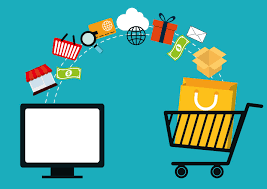 The real boost comes, however, from the exponential growth of e-commerce and digital sales technologies, which need the support of an increasingly fast delivery chain, where warehouses and hubs, preferably around the big cities, are the most requested assets.

The take-up volume of logistic buildings works as a market indicator, and according to BNP Paribas, it increased by 22% in Europe during the first half of 2017 (compared to the same period of last year). BNP considers logistical assets bigger than 5k Sqm and it constantly monitors 21 European cities. “We are assisting to a rather stable activity in the Greater Paris area – states the last report by BNP Paribas over European logistic sector – and a real boom in Madrid and in the south of the Netherlands”. Also at a European level, the volume of logistic investments during the first half of the year amounted to 15.8 billion, surpassing the record registered during the first half of 2015. Some important portfolios acquisition operations by Germany contributed to the result, in addition to the Spanish capital and to the south of the Netherlands.

The take-up volume refers both to lease and the sale of surfaces bigger than 5k Sq m (small warehouses and storehouses are in fact are nowadays not considered by big production and logistic chains) and takes into consideration the date in which the transaction itself is concluded, without including renewals of already-existing contracts. “To drive the market is also the strong liquidity of big investors – so continues BNP Paribas’ report – interested in acquiring logistic properties as mere investments. A competence that is being added to the volumes generated by the sector direct operators and that is progressively pushing down this sector revenue, which is, however, superior to the revenue of 10-year government bonds”.

On a geographical level, the biggest logistic market is Germany, which in the first half of 2107 registered a record on investment volumes, equal to 5.646 billion € (+201%), which brought net revenue to 4.9%. Great Britain grew by 18%, at 4.456 billion € of investments, despite the political uncertainty and the pessimism on the macroeconomic level, with a revenue for the prime segment of 4.75% (in Birmingham, London and in the south-east). In the Netherlands, logistic properties market reached 1.1 billion €, representing 18% of the whole non-residential real estate. Prime yields dropped to 5.6% in Amsterdam and to 5.4% in Rotterdam. Spain, although smaller in size, had a volume of 480 billion of investments, decreasing compared to 2016, with prime revenues 5.9% for Madrid and 5.85% for Barcelona.

Italy remains an interesting market for logistical properties, but it’s definitely more limited compared to its European competitors. According to BNP Paribas, the investments in the first half of 2017 were equal to 145 billion, against 194 billion in the same period of last year and with prime revenues for Milan at 6.5%, a level that continues attracting the interest of “pure” investors. The situation seems, however, to be progressively improving, if we look at data of the third quarter of 2017 published by CBRE, reporting investments for 84 million with an increase of 122% compared to the same period of 2016.