The excess of offer on the real estate market is obvious. Besides the usual channels, in Brescia, a potential buyer can choose from thousands of auctions or have a look at the properties that public and private institutions try to give away, often without much success. City Councils, State Property Offices, banks: they all try to sell their properties. The reason is always the same: the properties are huge, maintenance costs money, the funds are meagre and there’s a big need to earn despite the prices being at their lowest. Result: on the market, it’s possible to find any kind of property. Even churches and Diocese former hospitals. Since one year also the Church joined the game with its jewels. Poorer than the Diocese of Bergamo but owning significant real estate assets accumulated through the centuries through legacies and acquisitions, the Diocese of Brescia gave to an international agency the assignment to sell a series of properties scattered around Brescia, Padua, Milan, Naples and Rome. Matter of necessity: the income (offers and donation declared) is dropping, maintenance costs money and the mortgages weigh for tens of millions. In Bergamo, to manage its assets, the Diocese has transferred its finest pieces into the close-end fund Priula, for a value of 116 million euro. 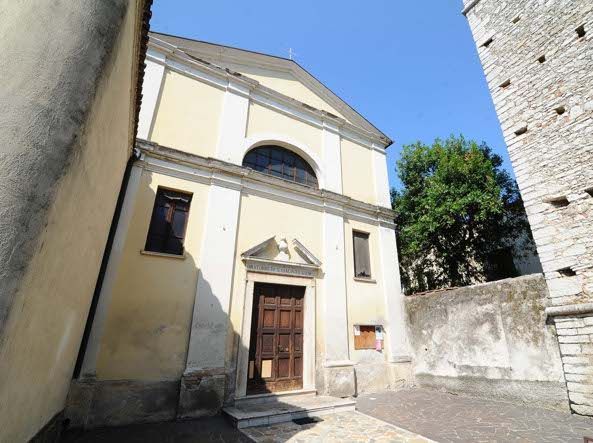 It works: in the last few weeks they have sold a nursing home and, at price of 4 million, the historic building Casa del Clero. It is impossible instead to estimate the value of the properties put on sale by the Diocese of Brescia and by the foundations orbiting in the Catholic galaxy.  Instead of creating a fund, the Curia in March 2016 gave the assignment to Agedi, a real estate management company with offices in Montecarlo, Milan, Beaulieu-sur-Mer and Saint Petersburg led by Massimo Cimatti. The Diocese seems to be very happy with Agedi’s work and the contract was renewed in March 2017. Some properties have been already sold, others will be soon and the company is working to guarantee the maximum confidentiality of its prestigious client. At the date, we only know that the properties on sale in the Brescia province are 26. Matter of necessity: the income of the Curia has decreased. The properties range from lodges to be completely refurbished in Cerveno to fine pieces like a 45 rooms hotel in Gargnano. In the city, Agedi is working on renting the ex-bookshop Ancora at the ground floor of Palace San Paolo in Tosio street. The price: 4,167 euro per month. At the first floor of the same building ( S.Paolo palace was once the headquarter of many religious institutions), the Diocese is selling a fabulous property of 12 rooms at 500,000 euro. Always in the city centre, in Crispi Street, the Curia is trying to dispose of the former healthcare facility Moro, a hospital specialized in rehabilitation closed since the 90es. The property has a surface of 9,800 Sq m and it is licensed for commercial use.

Always in the city centre, there are fine legacies and residences once destined to priests. The finest ones are in the Trento Street area: the first is a three-bedroom apartment to refurbish of 154 Sq m in an early 20th-century building; the second is a penthouse apartment of 300 Sq m with three bedrooms, two bathrooms, panoramic terrace and wooden floors. It takes a check of 750 thousand euro to get it. The most evocative property is the former headquarter of the publishing company Editrice La Scuola, which is not doing very well either. After leaving Cadorna street for Gramsci street, the 19 thousand Sq m (12 thousand covered) complex in the shade designed by Fuksas is abandoned. To sell an important piece of the history of Brescia the Diocese is only waiting for the right offer: for residential, office and commercial use. The occasions outside the city are not lacking. In Cervano, at the feet of the Adamello Park, two nice apartments in Costituzione square are on sale. In Borgo San Giacomo and Provaglio there’s a wealth of choice. In Gussago, the Diocese is selling a fabulous four-bedroom apartment on two floors in a former monastery built by the Benedictines in the 15th century. The gem: in the garden, there is still the well. The finest piece is a 45 rooms hotel in Gargnano. It features a swimming pool, a terrace with panoramic view, a restaurant beside Garda lake and a private beach. The negotiation is confidential.

Aedes Siiq sold an office building in Milan for 21.9 million euro through a Sator fund

15 July, Bebeez Aedes Siiq completed the sale of an office building located in Via Roncaglia 12-14, Milan, to a...