The alliance between the American group Davidson Kempner, a shareholder of the listed asset manager Prelios, and Deutsche Bank has won the credit portfolio (mostly composed of performing loans and backed by real estate) originated by the Italian client base of Commerzbank. 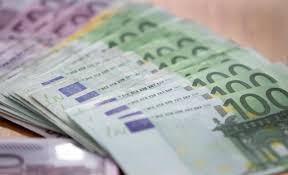 The dossier named “Borromini project”, which was launched a few months ago, has been recently finalized. It consists of secured credits for a value of about 250 million euro. Both investment funds and companies’ divisions specialised in the purchase of credit portfolios have been competing for the dossier.

In particular, among the competitors, besides Deutsche Bank, there were also Jp Morgan and Bank of America-Merrill Lynch, along with Kempner itself.

At the end, the partnership between the Americans and Germans won. The Borromini project is not the first one completed in Italy by Commerzbank. In past few months, the German bank, while dealing with the reorganization of its credits all over Europe, had transferred a mixed credits portfolio for 400 million with the project “Arona”.

This is a trend that has involved lately several foreign banks operating in Italy, and it implies a deep optimization of their non-performing loan stocks.

For instance, also the Austrian Hypo Group Alpe Adria, with its project “Terzo”, has sold a portfolio of mixed credits valued 900 million.

According to rumours, the real estate portfolio of Commerzbank will be managed through the Prelios service platform.