Banks are keeping reducing their exposure to NPLs. Credit Agricole Italian is one of the most active players on the market. The bank, in fact, has recently finalised the sale with no recourse of NPL for 700 million euro gross to Pimco. Phoenix Asset Management (Pam) will support the fund for the operation. The company is specialised in the management of non-performing loans and unlikely to pay portfolios, and it will cover the role of servicer. 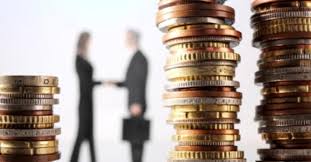 The portfolio was initially meant to be securitised with the public guarantee, the so-called Gacs. After the due diligence and the pricing activity carried out by Pam, Credit Agricole had then opted for the transfer, with the assistance of the advisors Kpmg and BonelliErede. The net transfer price has not been disclosed, but rumours speak about approximately the 33% of the gross value, namely an amount close to the one obtainable with the public guarantee.

With this deal, the bank led by Giampiero Maioli completed another milestone in its portfolio de-risking process. This 700-million transfer is one of the three pillars of the plan for transferring the Italian bad loans held by Credit Agricole. Following the programme named Valerie, the bank has implemented transfers for 1.5 billion in total. The first tranche of the project saw the sale of UTP for about 420 million to Bain Capital Credit at the end of June.

The third part of the plan concerns unsecured loans amounting to 300 million which will be put on the market in September. On the overall, these three operations will allow Credit Agricole to achieve its de-risking goal fully. The initial objective implied the sale of 30-35% of the NPLs to gain an exposure to gross bad loans on the total credits around 7-7.5%.

Thanks to the operation, Pam also has increased its portfolios, with a gross total exposure over 9 billion euro divided between 11 portfolios among NPL and UTP.

Steve Lennon, Phoenix Asset Management founder and Cio, commented: “We’re delighted with the results of the operation”, as “it helped us grow our assets under management”. Besides, “the assessment work made with the client allowed us to provide the seller with an effective solution for the sale with no recourse of the portfolio as an alternative to the Gacs”.