The American flag will rise where there were the offices of the political party Democrazia Cristiana (Christian Democracy) from 1958 to 1992. Palazzo Sturzo in Rome might go to the American Blackstone through the Kryalos fund Thesaurus, which currently manages five billion euro. 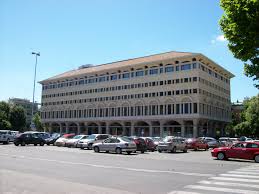 The deal is valued around 50 billion euro, and the closing is scheduled by December 2018.

In these months of political uncertainty risking damaging the trust in Italy of international investors, one investor decided to buy the headquarters of a party that ran Italy in the past. Blackstone has already been a pioneer in opportunistic investments in Milan while the other players preferred to watch and wait for the crisis to finish. Now, it’s awarding Rome despite the difficult phase the city is going through. The city, in fact, offers many buildings needing requalification.

Palazzo Sturzo was built in1958. The property will keep its destination for office use, and it has a surface of about 10 thousand Sq m and a conference room that can host up to 300 people.

10 January, Il Sole 24 Ore Less than two years from the start of the composition with creditors after the...