The hospitality group Bauer, as well as the owner of the exclusive Bauer Hotel in Venice on the Canal Grande, has been sold. The US fund Elliott and the London based financial group Blue Skye have taken over the majority. The two investors will have 75% of the shareholding structure, while the Bortolotto Possati family will have the 25 per cent. However, the President of the group will be still Francesca Bortolotto Possati, niece of Arnaldo Bennati, the successful shipbuilder from Liguria who bought the hotel in 1930 from the Bauer-Grünwald family. The business plan includes some important additional investments: about 100 million to renovate the hotel and bring it to the highest international standards. There is also a tender to assign a big international chain to manage the hotel, this process, managed by Cbre, would see Four Season as in pole position. 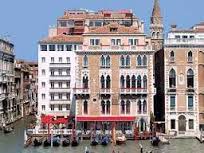 The same Elliott and Blue Skye took over and renovated Bauer group’s debt last year: about 120 million euro. The advisors for the operation have been the lawyer  Riccardo Agostinelli from the firm  Gattai Minoli Agostinelli as well as the firm Giano Origoni Grippo Cappelli. From its side, Elliott is surprisingly active in Italy: after its entrance in Ansaldo and the funding of Milan FC, the group from the US is taking also part to the tender for Alitalia.