Cerved Rating estimates that 10%-20% of the Italian companies won’t survive the crisis caused by the pandemic, with SMEs among the most vulnerable ones. 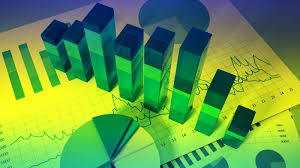 In December 2019, the distressed credits in the banks’ accounts amounted to 183 billion euro. Of these, past-due credits were 7 billion, UTPs were 85 billion, and NPLs were 81 billion. If 10%-20% of the Italian companies are likely to default, about 8.5-17 billion of those credits previously classified as UTP will automatically become non-performing loans. Besides, there will be a wave of new past-due credits and UTPs whose amount is currently impossible to estimate.

For these reasons, banks have already started preparing by adopting a cautious approach and by increasing their provisions. In the case of Unicredit, the provisions had been increased up to 2% of the total credits.

Orion: 350 million for the Percassi assets

13 August, Milano Finanza The entrepreneur Percassi has recently entered an agreement with Orion Capital concerning the entry of the...