A transfer of 46 billion only with the Mps, Venetian banks, and Unicredit operations: the “clean up” is reducing Italy’s npls 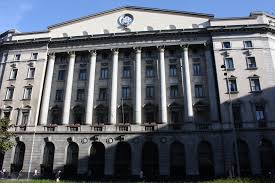 Probably the bailout of Mps and the two Venetian banks “won’t be the end of the Italian saga about bad loans”, as read the title of a long analysis by Reuters published the other day. But certainly, it will give a further push to the npls market, which, after years of false starts, is finally taking off. With effects for the moment only expected than actually registered since the pricing is firstly determined by the macro conditions of the country. And if these don’t speed up, it will be difficult to have an acceleration on the npls side.

What is certain though is that the market is showing a reactivity that it didn’t have last year. That means: the banks are more open compared to the past at selling on the market their impaired loans. Thanks to the Surveillance, we must say, that pushed the banks in this direction. But also thanks to the banking system, which is more open now at their disposal, even if it’s not easy. According to the estimates by PWC published at the end of 2016, 2017 may see the transfer of about 50 billion. The double compared to the previous year. This estimate might have seemed excessive at the time, but these days it looks more realistic, if not rounded down. The double shake of Venetian banks-Mps may indeed bring the estimate of the credit transactions at 70-80 billion euro gross.

2017, started with the Fino project by Unicredit which is getting rid of 18 billion of gross impaired loans mostly from the times of Capitalia ( and by chance securitised for 12%, even though with expectations of future upside), has looked promising since the beginning. The estimates were already considering the 26 billion bad loans which Atlante will process on behalf of Mps based on the offer officialised this week, but they weren’t considering the effects of the method used for the two former Venetian banks: through the settlement and transfer to an asset management company not only of the bad loans, but also of the unlikely to pay ones, about the double of the expected 9 billion (namely the bad loans) will exit the market, without counting that in the next three years Intesa Sanpaolo will have the right to retrocede to the bad bank of Banco di Napoli. Basically, with these three operations about 15% of the total gross non performing exposures burdening the market will exit banks’ financial statements: 46 billion of impaired loans over approximately 320 billion in total.

Besides these big operations, there are some others planned of great importance. Among these, there is the Rev one, which holds about 10 million euro gross coming from the old Banca Marche, Etruria, Carife and Carichieti, and whose first maxi auto securitisation is already about to start. As well as it is on the launch the transfer of about 25 billion gross belonging to Cari-Cesena, Rimini and San Miniato. A securitisation, to which Atlante might take part, that is preparatory to the acquisition of the three banks by Cariparma-Credit Agricole. Carige also is in full activity on the npls side, which, supported by Prelios, has just started the transfer of 950 million npls, but, under the pressure of the Bce, it has to think already about the transfer of other 2.4 billion of impaired loans.

We must say though that this acceleration doesn’t concern only who is in a state of emergency and without other choices. Several banks have moved to get rid of their quota of npls in excess with operations of smaller dimensions and with a more gradual plan but nevertheless significant. Among these, there is Intesa Sanpaolo which, just before its advancing in the North-East of the country, closed an agreement for the transfer of a non performing loans portfolio of a nominal value of 2 billion to a fund for a price substantially aligned with the net book value. There is Banco Bpm, which has just transferred to Algebris, one of the most active players in Italy, about 693 million gross. In this way, the group led by Giuseppe Castagna reaches 2.5 billion of bad loans transferred in total since 2016, in a strategic plan that implies the transfer of 8 billion npls by 2019. On the launch pad, there is also Creval, that by the end of the year aims at starting the securitisation of 1.5 billion euro npls with the Elrond project.

Now, that all this activity will translate into a reduction in the gap between demand and offer is still to be proved. A good part of the future of the banks will depend on the answer the Bce will give to the banks’ action plans started in the past months regarding npls for a final approval. However, every npl transfer is a story on its own, and also the last few weeks transfers have registered a great price variability, effect of the underlying types of credits and guarantees. “There has been secured credits sold at 41-43% of their original value, others, without guarantee, at 3-5%”, explains one of the main industry advisors. Probably it will take time before the gap between bid and offer will reduce. The prices of the impaired loans, also thanks to the launch of GACS and to the improvements on the front of the juridical collections, are likely to improve. But what really matters is that the market has restarted for real. And this for the Italian banks can be only good news.

Milan: prices for properties outside the city centre reported a growth

01 October, Libero The latest report by the Chamber of Commerce of Milan showed how prices outside Milan’s city rose...