doBank will be listed the 20th July starting with a maximum capitalization of 802 million. The CEO Mangoni: we generate a lot of cash flow. In this way, the bank will destine to dividends at least 65% of the profits 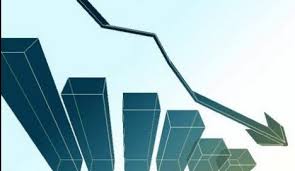 The institutional placement of doBank started Friday 30th June, the group is specialized in the non performing loans management and it was born from the former Uccmb, the platform for the bad loans management of Unicredit. The operation will be completed by 17th July, whereas the payment of the shares and the launch on the screen-based stock exchange of Piazza Affari of the group headed by Giovanni Castellaneta and led by Andrea Mangoni is expected the 20th July. Here as follows everything that retail investors need to know since once listed, the doBank shares can be purchased also by privates.

It’s the vehicle company under the law of Luxemburg that controls 97.81% of the capital of doBank (the remaining 2.19% is constituted by own shares). The registered capital of Avio is owned 50% by Siena Holdco sarl, a subsidiary of the Funds managed by Fortress Investment Group, and 50% by Verona Holdco Sarl, a subsidiary of Eurocastle Investment Limited, which in return is headed by Fortress and it’s listed on the Euronext Amsterdam.

In the listing process, Citigroup, Jp Morgan and Unicredit operate as joint global coordinators and joint bank runners, while Banca Akros has a role of co-lead manager. Unicredit operates also as a sponsor and Citigroup as a stabilizer. Rothschild is the financial advisor of doBank and Avio, Legance and Clifford Chance are the legal advisors. The banks are also supported legally by Linklaters and EY is appointed for the external audit.

The bank will be launched in Piazza Affari with a price between 8.35 and 10.25 per share, hence a price equal to a capitalization between 653 and 802 million (own shares excluded).

The company in July 2016 purchased Italfondiario, the second independent servicer in Italy. The sellers were the Fortress Funds (which were controlling 88.75% of Italfondiario and initially invested in it in August 2000) and Intesa Sanpaolo, which hold a quota equal to 11.25% of the capital. The operation started the biggest Italian independent company dedicated to the non performing loans management and collection. The doBank group has become in this way the biggest independent servicer specialized in the management of non performing credits.

“We are the main servicer on the market, six times bigger than our first competitor. We manage 81 billion euro, which has grown exponentially and today we hold a market share of 58% in a market of significant dimensions”, said the CEO Andrea Mangoni on Friday 30th June during a press conference, stressing that doBank is a pure servicer, managing npls but not buying them. The Registration Document reads that the doBank portfolio is mainly constituted by credits of medium and large dimensions. Besides, 31% is made of secured credits, and 48% of credit backed by other types of guarantees. This means that the credits with some form of guarantee represent in total the 79% of the portfolio of the group, while the remaining part (21%) is constituted by credits without guarantees.

“The company has a high profitability, with an EBITDA margin of over 30%  and a significant cash generation with a long-term perspective of cash flow”, added Mangoni, highlighting that “ we underwrite long-term contracts, such as with Unicredit with whom we have a ten years contract”. The bank at the end of March registered 45.17 million euro earnings and an EBITDA of 9.9 million, compared with 8.3 million of the first quarter of 2016 (+44.1% with the same surface). 2016 ended for doBank with 206.2 million euro and a consolidated EBITDA of 58 million (proforma of 61.6 million).

The doBank websites adhere to the Zero Impact Web project and they compensate the emissions generated by the visits on the sites with by protecting the forests to help to fight the global warming.

Banca Ifis, 40 million to Cerberus for an NPL portfolio