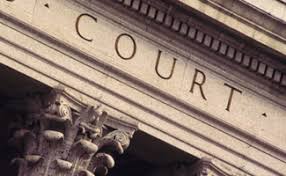 Two years ago the bank claimed the bankruptcy. Now it’s contesting the measure. Banco Bpm is reopening the matter over the credit claimed (219.5 million) from Porta Vittoria, the real estate company guided by Danilo Coppola that was declared bankrupt on 29th September of one year ago from the judges of the Court of Milan, following the request from Banco Popolare. Today the bank, now merged with Bpm, is on the warpath again. The matter is the decision taken by the deputy judge Amina Simonetti since, as it reads on the biannual report of the bank, “the decision was made on the basis of an alleged directing and coordinating activity by the former Banco Popolare on behalf of Porta Vittoria, due to the financing contract in place and the consequent strong influence on the operational decisions of the company”. An evaluation and a judgement that the third Italian bank didn’t like, and for this reason, it decided to make its reasons heard.  “The bank believes the measure is unfounded and has challenged the statement of affairs after the declaration of its enforcement, applying to prove the mortgage debts from funding without postponement, considered illicit, since the bank wasn’t involved with any directing and coordinating activity”, it reads on the official documents of Banco Bpm. A way to defend its own credit, which between mortgage loans (219.4 million) and current account overdraft (5.6 million) represents more than half of the total Porta Vittoria liabilities, which total to almost 400 million (against the negative net capital of 100 million of the bankrupt real estate group).

The clash, also on an interpretation basis, is linked to the fact that if it’s true that last 22nd March the deputy judge Simonetti, on request of the insolvency administrator, admitted the 219.5 million credit, she did that “with postponement towards all the other creditors and with prepayment privilege that will be valid only for those postponed creditors”. While the remaining 5.6 million were admitted as unsecured credit.

Now the matter is whether the Court will accept the request of Banco Bpm or it will confirm the judge’s decision. Moreover, it is still to be defined how to proceed with the sale of the area (142 thousand Sq m in Milan city centre), mostly still to be built. According to the rumours, the judicial auction will be officially launched in October. The main Italian and international players of the real estate sector are likely to take action on the dossier. Especially because the sale procedure is expected since long.

27 July, Il Sole 24 Ore Unipol has recently received the binding offers for the iconic Milan building. According to...