The centre is still holding, the north is suffering 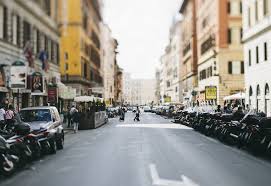 Esquilino is multiethnic and loved by artists, the neighbourhood is still doing well on the property market. The big 19th century buildings are still in demand despite the recent events of violence (an attempt of rape, a couple kissing near a mosque assaulted) and the many locals leaving. Here live film directors such as Paolo Sorrentino, Matteo Garrone, and Abel Ferrara, painters, the American composer Mark Kostabi, and architects like Alessandro Busiri Vici.

“Certainly the people living in my building have changed –comments Busiri Vici – before they were elderly couples, now they’re Chinese, even the real estate agencies of the neighbourhood are managed by Chinese. The market here is holding as it’s in a central position, it’s well connected to the metro line, and it’s a generally healthy area. Not many people know that this is one of the highest parts of Rome”.

“Esquilino is still doing well – adds Francesca Maria Girmenia, owner of the agency Sif Soluzioni Immobiliari and Fiaip (Italian Federation of chartered real estate agents) councillor for the province of Rome – but who buys is mostly Chinese or from the Middle East. Locals hardly look for a house in Vittorio Square, while the area around Via Merulana-Monti is very interesting with a very diverse client base”.

This is also true for Gea Fatta Del Bosco from the agency Live in it, “Nobody asks for Esquilino. There are beautiful houses but it’s too close to the station. It’s different in the Monti neighbourhood. But in Rome the property market is insane: there is little value for money, especially in the city centre. Where in areas such as Monti, the market has appreciated a lot, same as in Trastevere between  Lungara and Lungaretta, as well as in Monteverde Vecchio and Prati”.

Considering the whole city, the situation varies depending on the area, even though on average “The property market is at a standstill – explains Francesca Maria Girmenia – “over the last year the market has decreased by a value between zero and one percent. The old town keeps with its trend, the suburbs are suffering, and sales are continuing in the northern part of the city. The local political situation didn’t impact the real estate market which is influenced instead by the trend of the national economy”.

Fabrizio Sacerdoti from If Real Estate is of a different opinion: “The Rome property market is struggling for what concerns medium-high range apartments. All the “good” neighbourhoods are in crisis: Vigna Clara, Parioli, Fleming, let’s say most of the northern part of the city. Only exclusive properties like penthouses are still holding. Moreover, I have received in the last two-three months some requests from international investors interested in buying hotels: some international funds are requesting big hotels centrally located and rental properties since they see a growth in tourism in Rome”.

“There is still no sharp increase in the house prices – explains  Sista Carandini from Link Immobiliare located in Via Monte Zebio – but there is nonetheless a revival of people interested in buying. Flaminio and Prati are very requested, the old town is still high-priced even if the quality of life has worsened, and all the neighbourhoods around metro stations are very beloved: San Giovanni, Tiburtina, and also Casilina with the C line».

According to Dario Cohen from the agency Coanim, “construction companies don’t collect anymore their construction permits because there are still thousands of unsold houses, especially along the circular road”. His long experience makes him also believe that: “after the fall of prices of 30-40 percent during 2008-2010, the market is recovering in the centre, even though without the same values: prices have increased a little, 20 percent maximum”.

What about the north of Rome? “That part is in difficulty as all the areas with traffic problems are, while in the parts near metro stations sales have resumed, as well as in those close to restricted traffic areas”.

18 November, Milano Finanza The property fund for social housing of the Region of Sardinia managed by Torre Sgr has...