Ardian, the French private investment company, has collected over 700 million euro with its first European real estate fund. As the memo reads, Ardian Real Estate has attracted the interest of nearly 50 investors from eleven different countries and has already invested most of the capital raised in four operations in the German, French and Italian core markets. The Italian operation concerned six office buildings in Milan, Rome and Bari. 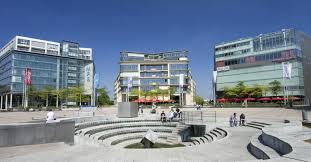 Ardian Real Estate, with an investment goal between 50 and 150 million euro, is focused on commercial properties of significant dimensions in the core plus/value-added segments with the aim of increasing the lease through an active management of the assets. The fund has already invested nearly 50% of its assets and it may reach two-thirds before the summer with two other investments. The target will be the same as that of the operations already concluded.

“The closing of our first fund is an important step for Ardian Real Estate. The positive feedback and the support to this fund have come from new investors as well as from old ones, and this shows the great interest for this assets class”, said Bertrand Julien-Laferriere, the fund manager.

Milan: Armani got a retail space in Galleria for 1.9 million euro