Right at the eve of 16th October, the deadline to pay the so-called Air Bnb tax, the short-term rental platform decides to compromise. 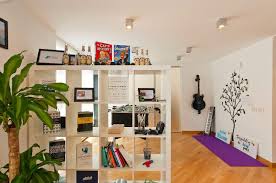 At least with the Municipality of Milan. In fact, even if Air Bnb stated to not be willing to pay the national tax, the pact with Milan seems definitive: the Municipality will already insert the 3-euro tax in its books starting by 2018.

A residence tax that will bring earnings from 2 to 3 million euro per year. By November, the City of Milan should officialise the news. It’s interesting how the company appears open to compromise locally, while it stays adamant is its position when dealing with the State, to the point that the matter ended up in Tar (the regional administrative court) regarding the taxation on rentals.

It’s true that one thing is 3 euro per night and another is a 21% taxation on earnings, but still taxes nonetheless. If one is paid, it seems natural to pay also the other.

In the next days, we’ll have the confirmation of the company’s intention to not pay the national tax, with deadline on 16th October, or if Air Bnb will eventually decide to follow the measure.

There’s a demand for luxury homes, but no offer

27 February, Il Sole 24 Ore Everybody likes a luxury home, and it can also become an investment. The prime...