Many money savers are assisting at the inexorable and dramatic reduction in the value of their shares of the closed-end real estate fund Obelisco. The estimated losses are equal to 80% of the invested capital. For this reason, Confconsumatori decided to assist customers. By claiming ACF (the authority in charge of financial litigations), the association has already obtained some positive results, and the investors have been able to recover part of their losses. Mara Colla, Confconsumatori president, comments: “This is another story of betrayed savers. We hope that Poste Italiane S.p.A., which placed the shares of the Obelisco Fund among its clients, will provide them with adequate compensation, as it did in the past. The savers involved are 22,009 for a total investment amount equal to 165 million euro. The shares allocated in Puglia and Basilicata amount to 6,962,500 euro. 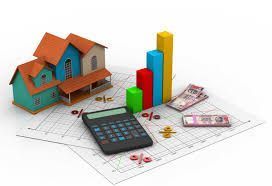 The Obelisco Fund was incorporated in 2005 with the approval of the Board of the then Investire Immobiliare SGR. It was created as a property fund funded by the underwriting of shares in cash for the acquisition of a previously identified real estate portfolio by the asset manager which was promoting the fund. The fund was advertised at the time as a profitable investment (the target income was set at 5.5% p.a.), and the shares were placed at a nominal value of € 2,500.00 among retail investors. Poste Italiane S.p.A. too sold some of the shares to its customers. As it happens way too often, the investment was presented as safe and suitable to pensioners and to people that have always invested only in interest-bearing postal warrants and saving accounts books. In reality, the investment was a closed-end fund, hence not liquid, meaning very uncertain and risky.

A few months before the maturity of the fund, whose deadline was postponed to 31st December 2018 with a memo on 30/07/2018, the asset manager of the fund, InvestiRE SGR S.p.A., disclosed its biannual report dated 30/06/2018. The report closed with a NAV equal to € 3,276,176.00, corresponding to a unit share value of € 47.619 each. The NAV plummeted, due to the huge difference between estimated prices and actual selling prices of the real estate assets, as the sales were mostly concluded in the last 18 months before the deadline with discounts often of more than 50% the purchasing price of the properties. Besides, the proceeds of the sales were mainly used to pay back an expensive loan taken by the asset manager in 2006. Considering an initial investment of € 2,500.00 to buy a share of the fund, an investor would have inevitably lost about 80% of the capital at the closing.

What shareholders can do

Confconsumatori will support the investors of the fund. According to the lawyers Antonio Pinto and Antonio Amendola, the shareholders may claim the Consob’s authority for financial litigations, whether they bought the shares from Poste Italiane S.p.A. or another intermediary subject such as a bank. The investors may claim the unlawfulness and the defects of the sale due to the inadequate information and the breach of the information obligations. Such shares should have been sold only to high-risk customers and providing detailed information on the product. Moreover, the investigations might extend to Società di Gestione Investire SGR itself in order to ascertain the breach of some due diligence obligations as provided by law concerning the management of the Obelisco Fund. Shareholders may request the reimbursement for the capital invested and the compensation for the damages.

Besides, the appeals presented in the past few weeks have been successful, making possible for the shareholders to recover all their losses.

Student housing and senior living are booming in Lombardy

07 November, Re Quadro Alternative living such as those solutions catering to students and senior citizens are not the future,...