The Australians of LendLease have officially landed on Santa Giulia. In the next few hours, according to the news, the agreement with Risanamento will be officialised for the acquisition of the area owned by the real estate group controlled by Intesa Sanpaolo (48.88%) and Unicredit (22.23%).  The project could be 2.5 billion worth in terms of total profits once it will be built in the 400 thousand Sq m according to the plan and the end of the construction sites in the residential part (50% of the total surface), the commercial one (25%), and the area dedicated to services and hospitality (another 25%). According to these perspectives, Lendlease has estimated total costs for 1.3 billion, an amount that could grant to the Australian group led by Steve McCann and represented in Italy by Andrea Ruckstuhl, a potential capital gain of over one billion euro. 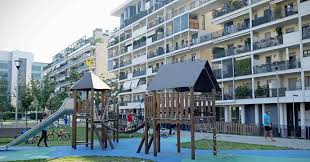 We must add that the expansion of LendLease is not limited to Santa Giulia since in the plan there is also the development in the southern area (33 thousand Sq m) with the establishment of a joint venture with Milano Santa Giulia that should bring developable areas for a value of 34 million compared to the 12 million that the Australian partner will advance along with a percentage of earnings from the sale on the market of two new buildings that will rise in the area.

Finally, LendLease also aims at buying the entire Sky Italia complex, namely the three towers that constitute the haywires of the pay tv owned by Rupert Murdoch. These operations, once accomplished, will allow Risanamento to reduce its debt towards the shareholding banks and to improve its net financial position which at the end of August was -633 million. Working on the deal for the LendLease there have been Rothschild and the legal firm Dentons (for the environmental and urban planning part) and Lombardi e Associati, while for Risanamento there have been Lazard and Dla Piper.

Dea Capital Re: a new fund with the assets of Banco Bpm