Property funds have been outperforming the other investment instruments with an increase of the assets under management (Nav, net asset value) equal to 10.4% from 2016, bringing the total Nav at 53 billion euro at the end of 2017. Breglia stresses that “the goal of reaching 55 billion this year is realistic”. 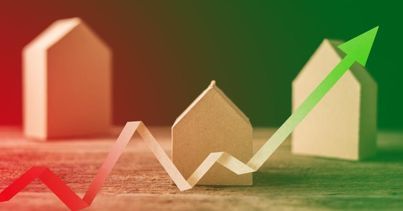 The real estate assets directly owned amount to 58 billion euro (included the foreign investments), reporting an 8.4% increase over 2016. The active funds have increased with 420 vehicles, thanks also to the increasing number of international players using funds to operate on the Italian market. Another positive factor is the reduction of indebtedness of these instruments, “currently set at 41.3% over the total assets. To make a comparison, it was 57% in 2010”, as reads the Scenari Immobiliari.

Turnover of asset managers and types of investment

The report includes, for the first time, also the data of the asset management companies operating in the sector, whose total turnover amounted to approximately 320 million euro in 2017, employing about 1,200 people.

Concerning the types of investment, the global asset allocation sees a slight increase in offices, commercial properties and hotels. Throughout the year, the acquisitions have been equal to 7.6 billion euro, against divestitures for 4.4 billion. More in detail, 63% of the assets have been invested in offices, 19% in commercial properties (shopping centres, retail parks, high-street shops), 4% in logistics, 4% in development areas and projects, 10% in residential/other.

What are the returns of property funds? Difficult to tell, as only the so-called retail funds (listed on the Stock Exchange and dedicated to private investors) must report their performance. Scenari Immobiliari says that in 2017 the Roe for retail funds and of some closed-end funds was 0.4%, having improved from the 0.2% of 2016, but still rather meagre.

Also for this edition of the report, Scenari Immobiliari proposed to the companies participating at the taskforce a questionnaire to find out how they perceive the future of the national real estate market and of property funds. Regarding the current year, the outlook for asset management companies is for a stable trend (33%) or a little increase (40%). 20% of the surveyed operators expect the national economy to get worse.

Unlike last year, the expectations regarding the performance on the medium-term are not optimistic. In the previous edition, 70% of the asset managers were expecting an improvement, while this year they’re only 27%, 46% see a stable trend of the performance and 20% a worsening.

Concerning the outlook for the real estate trend on the medium-term, the operators believe in an increase for all the segments, unlike last year when a contained optimism prevailed. However, the figures show only a stable trend of the transactions for commercial properties. There are high expectations for the residential segment, as last year, and for hospitality, where over 50% of the asset managers expect a moderate growth, against the 20% of the previous year. Concerning industrial properties, 47% of the players see an increase, in contrast with the numbers registered in 2017 that forecasted a slight reduction.

“The asset management companies think it’s necessary to pay attention to certain matters that are overlooked or that haven’t been dealt properly, making the implementation of the activities even more complicated – explains the report. Asset managers warn about taxation, which penalises the relaunch of the industry, and the long times to get the necessary authorisations and documents”.

With approximately a 1,959 billion-euro Nav, increased by 10% from 2016, the success of property funds in Europe is evident, although there are some variations in the trends depending on the geographical area. The forecast for 2018 for the leading European operators is for a growth of the assets by over 5% along with an increase in the number of funds.

France is at the centre of attention, due to the solid growth of OPCI, which have become one of the top financial instruments, and the positive trend of SCPI. Today, French assets represent about 21% of the total European assets, with OPCI constituting the 13% and SCPI the 8%.

“French OPCI continue to grow, after having increased in 2017 by over 25%, especially thanks to the retail instruments, which have registered collections for over four billion euro in one year – highlights the report. “If we sum this amount to that of SPCI, we obtain collections for ten billion euro on a yearly basis. SPCIs have also significantly grown (+16%). The increase is slightly higher than that of the previous year, showing the great interest in these instruments”.

British funds require a separate analysis. As a consequence of Brexit, their asset value significantly decreased in 2016, due to the weak pound. The 18% decrease in Nav in 2016 was little higher than the loss in value of the pound against the euro. Today, the situation is rather the opposite. In 2017 the assets were over 77 billion euro, with an increase in the number of funds. At the end of 2017, the assets held by British funds amounted to 77.37 billion euro, and they’re expected to reach 79 billion by the end of 2018.

Germany has always held the biggest quota of managed assets, which have grown by five times in the last ten years, thanks to the growth of reserved funds, confirming the leading position of the country. In 2017 Germany represented over 28% of the total assets, 15% constituted by open-end funds and 13% by closed-end funds. Of the 1,550 active funds in the eight European countries surveyed, the German ones represent the 13%.

“The German reserved funds went through a phase of standstill in 2017”, according to the report. The moderate growth of the number of funds dedicated to qualified investors was accompanied by the increase of the assets by 19%. The open-end funds continue the trend of the last two years characterised by the gradual closing of the funds as they reached the maturity. In December 2017, there were 30 open-end funds on the German market supported by a Nav increased by 2% on a yearly basis, including settlements and four new instruments. At the end of 2017, the assets of open-end funds amounted to 89.2 billion (expected to reach 92 by the end of 2018), while those of closed-end funds were 77 billion (the outlook is for 85 billion by the end of the year).

Dutch funds have reported a positive trend for the third time in a row, although the growth has been moderate, after several years of standstill. They closed 2017 with 75 billion euro, and the outlook is for 78 billion by the end of 2018. Luxemburgish funds are still very interesting for international investors, thanks to their broad diversification concerning sector and legal entity. In 2017 the funds grew by about 12% with assets amounting to 55.628 billion and expected to reach 58 billion by the end of the year.

For what concerns dimensions, the biggest funds are still the German open-end funds, close to achieving three billion euro, followed by the Dutch ones with 2.3 billion. Unlike the open-end funds, German closed-end funds hold average assets for 440 million euro, slightly over the European average of 380 million euro. Italy has the smallest funds, with an average Nav around 125 million euro. The average European Nav is comprised between 120 million of Spain and 175 of Luxembourg, till the 1,200 euro of Great Britain, where 8% of the funds exceed three billion euro, and 30% exceed one billion. Among the first ten funds, there are seven open-end German funds, one Dutch fund, one Swiss and one French, with assets comprised between 4.6 billion euro of Deka Immobilien Global and 14.7 billion euro of Deka Immobilien Europa. The ten leading companies hold total assets for 88 billion euro, representing 15% of the total European assets, having decreased from last year, confirming the increased strength of a growing number of companies.

The performance of the European funds has grown from the previous year, setting around 3.8%, thanks to the reduction of funds reporting negative performances, as well as the diversification concerning the type of investments and the performance of Great Britain. If we exclude the UK, with a performance set at 8.4% which moves Europe’s average upwards, we can see a connection between the returns and the dimensions of the funds and the intended purpose of the assets. In fact, the returns of the first ten funds vary by nearly one percentage point and a half between the lowest and the highest value. Switzerland is second after Great Britain, with an average of 4.9%, France 4.1%, the Netherlands 3.4%, Luxembourg 3% and Germany 2.4%. The Italian funds are at the bottom of the chart, with an estimated Roe equal to 0.4%, although they have increased from 2016.

Mps is speeding up the operations