The judicial auction for the Porta Vittoria area in Milan, the property of the developer Danilo Coppola bankrupted under the weight of a 400 million debt, should start today, if everything is fine. The starting price for the auction is set at 152 million. The big international funds should be ready with their offers. Among the names, there are York Capital and Apollo. According to the rumours, the auction might be inquorate and that the potential buyers would show up only at a later phase, in order to negotiate on the price. 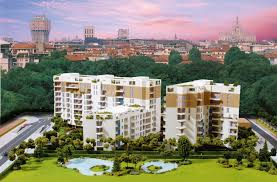 York Capital is in pole position, as already anticipated by Il Sole 24 Ore at the beginning of November, being the first evaluating the Porta Vittoria dossier. It seems that York is already negotiating with Banco Bpm to acquire an exposure of about 220 million euro, after the negotiation between the bank and the fund King Street failed. But Apollo too might be ready to participate in the competition.

Concerning the past activity of Banco Bpm in the area, that got bankrupted, a debate has recently started, and the Court of Milan is currently investigating on it. In fact, the role of Banco Bpm is being investigated concerning an alleged management and coordination activity in Porta Vittoria. As ordered by the curators, the credits of Banco Bpm have been placed at the bottom of the list favouring in this way other creditors.

Where in Milan the office market is growing

12 November, Corriere della Sera There is a growing interest around the office segment in Milan. In the first six...