A piece of Milan might be sold in the next couple of days. The competition for the real estate complex in Porta Vittoria is almost at the end. The area is semi-central, and the portfolio was owned by the company of the developer Danilo Coppola, bankrupted under a debt of 400 million, 225 of which with Banco Bpm alone. The curators have put on sale the area with a price not below 152 million. The deadline for the offers is on Tuesday at 1 pm. The following day, at 11 pm, the Court of Milan will start the auction that expects price increases of minimum 7 million. 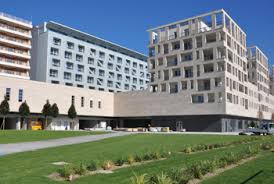 Rumours have been circulating already regarding the potentially interested parties. The American fund Varde, the entrepreneur Davide Bizzi leading the magazine Tempi, the American investor Apollo that with its several funds has already closed some operations in Italy, and other American funds such as King Street Capital, or managers of the industry such as the Coima Ceo Manfredi Catella. These are, however, only generic manifestations of interest and with no access to the deeds.

Basically, there hasn’t been any concrete proposal so far. There is time till Tuesday, after all, and considering that it is required to block and bind 10% of the offered price (hence 15 million at least), it’s reasonable to wait till the last day. It’s not be excluded, however, that the auction might go desert and that some candidate might aim at a “discount” by bankruptcy agreement.

Moreover, the situation is rather complex, because this procedure is parallel to a legal action connected to the bankruptcy, and because the main creditor (Banco Bpm), as well as one the parties that requested the bankruptcy, is currently placed at the bottom of the list of creditors with a credit of 225 million. The deputy judge, in fact, acknowledged the mortgage credit of the bank but “with subordination towards the other credits”, as the bi-annual report of the bank reads. The reason? An alleged “directional and coordination activity carried out by the bank in Porta Vittoria.  According to the bank, the order “has no foundation”, and it appealed the sentence and the consequent subordination. For the moment, however, there are no developments on this side. But Luca Ricci, the lawyer of Danilo Coppola, committed for trial, adopts a defensive strategy, blaming Banco Bpm (and Ipi of the Segre family) the for the bankruptcy.

Draghi: the NPL problem must be solved

15 October, Il Sole 24 Ore The President of the European Central Bank and the Governor of Banca d’Italia have...